3 Of The Dodgiest Provinces in South Africa

CLICK BELOW to read about the dodgiest insurance companies in South Africa.

Who Are The 'Cleanest' Provinces In SA?

The three provinces with the biggest improvements were the Eastern Cape, Kwazulu-Natal, and Gauteng. The Western Cape held the top position with the cleanest audit opinions (79%), followed by Gauteng (60%), and Kwazulu-Natal (33%).

Who Are The Worst-Performing Provinces In SA?

Of the worst-performing provinces, Makwetu says it is clear the resolutions that leadership had committed to in the Free State (11%) and Mpumalanga (29%) had not been implemented quick enough and had, in fact, regressed. Limpopo received a 0% clean audit opinion (but 66% unqualified with findings), whilst North West received a mere 9%. Others included Free State (11%) and Eastern Cape (32%). Makwetu said the North West’s audit results, over the past three years, were “erratic”. This is because improvements in one year were set off by regressions in the following year.

The Irregular Expenditure For Each Province From Worst To Best

The below is taken from the report by AGSA and illustrates how the Free State, Mpumalanga, and North West leaderships have spent total provincial budget. Click here to see the full report. 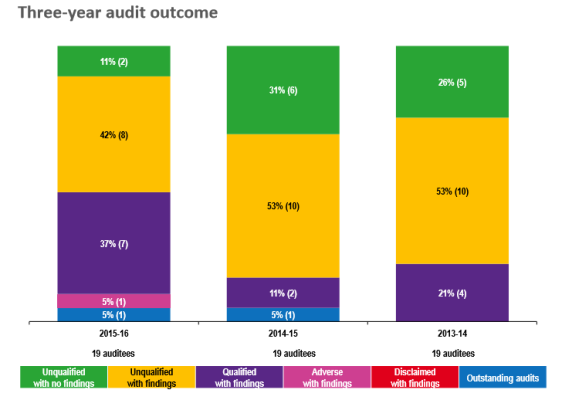 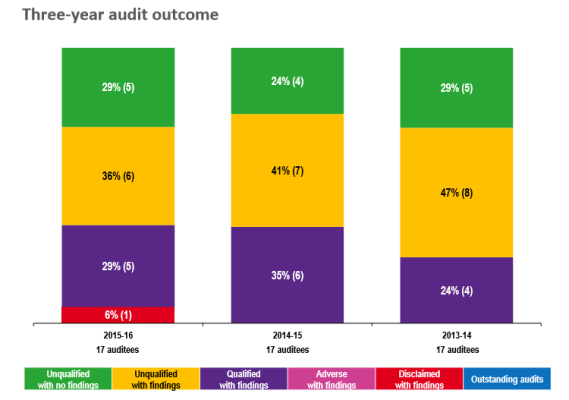 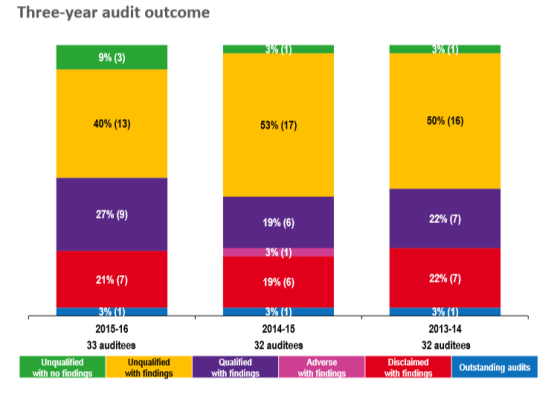 CLICK BELOW to read about the dodgiest insurance companies in South Africa.