Compare Guru
2017-02-17
CES (Consumer Electronics Show) is a show that helps define the future of tech. Here are a few more of our highlights from the 2017 edition.
The tech year is always filled with new device releases. But, throughout the year, there are select shows which help define the future of technology. CES (Consumer Electronics Show) is one of those.

Here are a few more of our highlights from the 2017 edition of the show: 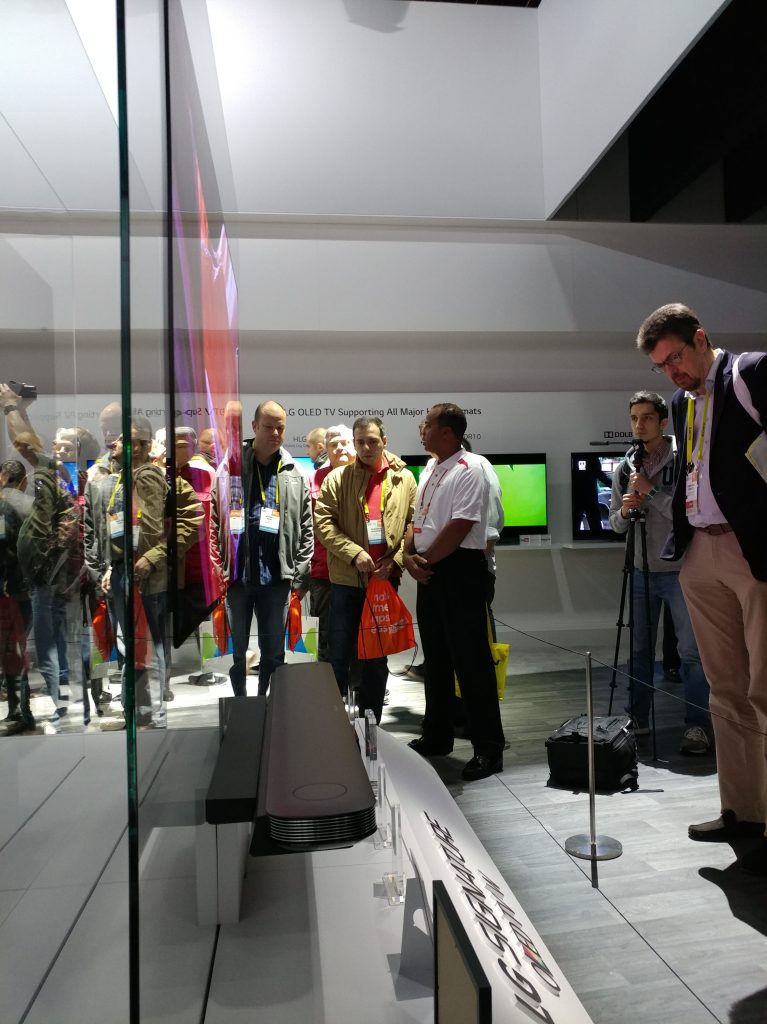 LG has had a huge presence at CES for the past few years, and 2017 was no exception. The company showed off special versions of its current flagship handset, the V20, as well as new home electronics. But, without a doubt, the star of the show was the OLED W series TV, nicknamed the Wallpaper TV. The OLED panel, which measures only 2.57mm thin in the 65-inch model, can be mounted directly on the wall. Eliminating any gap between the TV and the wall.

“Led by the LG SIGNATURE OLED TV W-series, our TV lineup at CES 2017 demonstrates our commitment to innovation and leadership in OLED and the premium TV market globally,” said Tim Alessi, head of product marketing at LG Electronics USA. “With Dolby Vision and Dolby Atmos integrated into our newest OLED products, viewers can recapture the magic of the cinema and experience their favorite movies with their original clarity, depth, and imagination intact.”

[gallery size="full" ids="21415,21418,21417"]   Samsung is another name that's become a staple at CES and they've been known to have some of the most breathtaking stands at past shows. In 2017, Samsung decided to show off its latest vision for the future of TV, QLED. QLED displays are a combination of Quantum Dot and LED display technology. Samsung has been using OLED displays in its more recent TV's with a Quantum Dot layer on top of the OLED display. QLED has the potential to be twice as power efficient as OLED displays, as well as providing a 30-40% luminance efficiency advantage over OLED displays.

"Samsung’s QLED TVs deliver today’s most remarkable picture, with stunning brightness, the deepest black levels, and, most of all, pure and rich colors, thanks to our new Quantum dot technology," said Hyun Suk Kim, President of the Visual Display Business at Samsung Electronics.

Along with showcasing exciting enhancements in picture quality and color performance, Samsung also used the product unveil to highlight the TV’s new design features and customized services. These further integrate how the TV fits into consumers’ lifestyles and homes.

[gallery size="full" ids="21430,21431"]   Huawei has been making great strides in the smartphone market and its current flagship, the Mate 9, is evidence of how far the company has come.

“In developing the HUAWEI Mate 9, we started with a simple question – how can we improve every element of the smartphone experience?” said Richard Yu, CEO, Huawei Consumer Business Group. “We know that, for today’s business users, a fast and functional smartphone is just the beginning. Consumers also want a gorgeous design and intuitive features. So, we created two new devices at the forefront of hardware and software innovation. The result is a device that is breathtakingly new, inside and out.”

The Mate 9 uses the Kirin 960, Huawei's latest processor. It also introduces us to EMUI 5.0, the latest iteration of the company's user interface. Huawei has also included SuperCharge technology (that delivers a full day’s charge in 20 minutes) in the Mate 9. As well as a second generation Leica dual-lens camera with 12-megapixel RGB sensor, 20-megapixel monochrome sensor and Hybrid Zoom, featuring 2x magnification. The Mate 9 is also set to be the first smartphone with Amazon's Alexa AI, once it receives a software update later this year. The Huawei Mate 9 is set to go on sale in South Africa within the next few months.