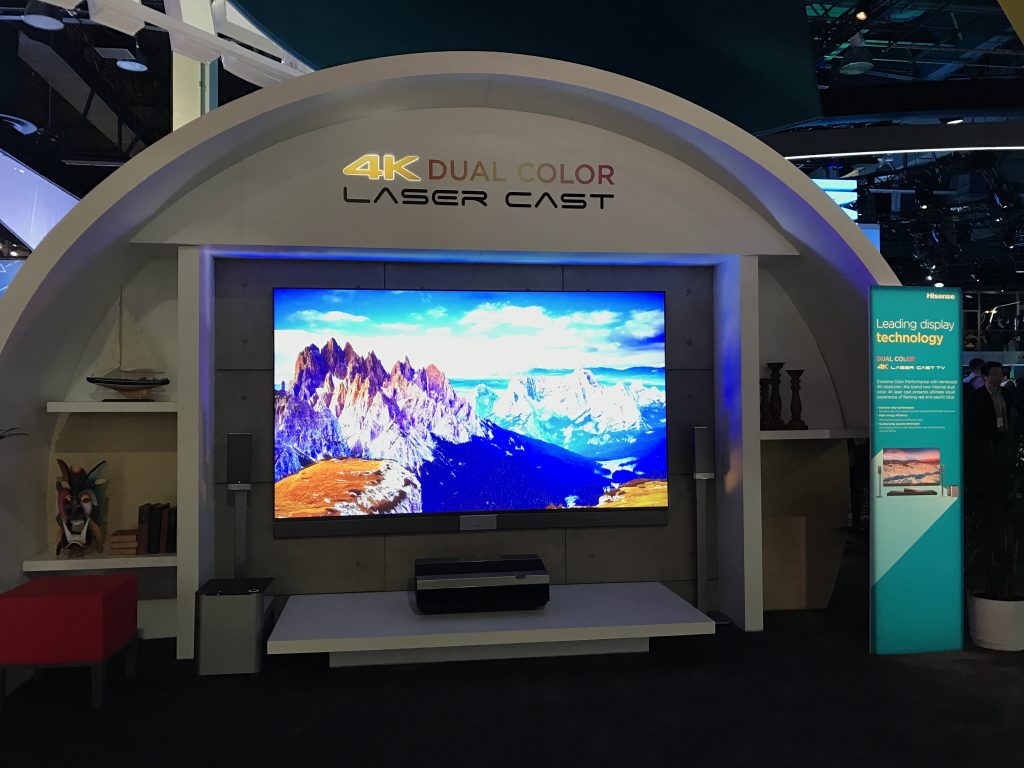 Hisense unveiled its 4K Laser Cast TV at CES 2017. Unlike traditional TV sets, the Laser Cast TV is not a physical TV set in the usual sense, but is in actual fact a short throw projector, which can display a 100-inch 4K image. The Laser Cast TV is HDR compatible and features a UHD upscaler.

[gallery size="large" ids="21595,21590,21591"]   The Chinese upstart has been known for making high-quality handsets available for low prices. While they've been very successful at this, they have been know to imitate design from other companies. With the release of the Mi Mix, however, Xiaomi has proved that they can push the boundaries of mobile devices as we know it, and bring the world something truly extraordinary. The Mi Mix has a 6.4-inch almost bezel-less display, 128GB built-in storage space, 4GB RAM, and a Snapdragon 821 processor. The company has announced that the i Mix will be available in white, as well the standard black, which was available at launch. The Mi Mix is not currently available in South Africa.

[gallery size="full" ids="21593,21594,21592"]   Toyota unveiled their Concept-i vehicle at CES 2017 in Las Vegas. According to the company, the concept car is created around the company's belief that the future of cars should be friendly, fun, and focused on you. The car was designed by Toyota’s CALTY Design Research in Newport Beach, California. As well as with user experience technology development from the Toyota Innovation Hub in San Francisco. The Concept-i also leverages the power of what Toyota calls "an advanced artificial intelligence (AI) system" to anticipate your needs.

“At Toyota, we recognize that the important question isn’t whether future vehicles will be equipped with automated or connected technologies,” said Bob Carter, senior vice president of automotive operations for Toyota. “It is the experience of the people who engage with those vehicles. Thanks to Concept-i and the power of artificial intelligence, we think the future is a vehicle that can engage with people in return.” CLICK BELOW to read part 2 in this series.