DA Holds its Own in Election Results

As of Thursday, the Democratic Alliance was dominating the election results in 4 of the country's 6 major metros with 46.5 percent of the vote.

The ANC had 40.6 percent of the vote. In Johannesburg, the ruling party (ANC) trailed the main opposition (DA) with 41.1 percent versus 43.3 percent.

The DA also led the pack in the Nelson Mandela Bay municipality, which includes Port Elizabeth, with 55.9 percent compared with the ANC’s 34.7 percent. The DA looks set to increase its majority in Cape Town according to BizNews.

The ANC may win 54 percent of the overall vote, but there is no denying, this is its worst showing since it swept to power under Nelson Mandela in 1994, according to Ipsos.

In the 2011 local elections, The ANC had a majority in Pretoria, Johannesburg and Nelson Mandela Bay, which looks unlikely this year.

However, the DA claimed its first outright victory over the African National Congress (ANC) as it took over Swellendam municipality in the Western Cape. 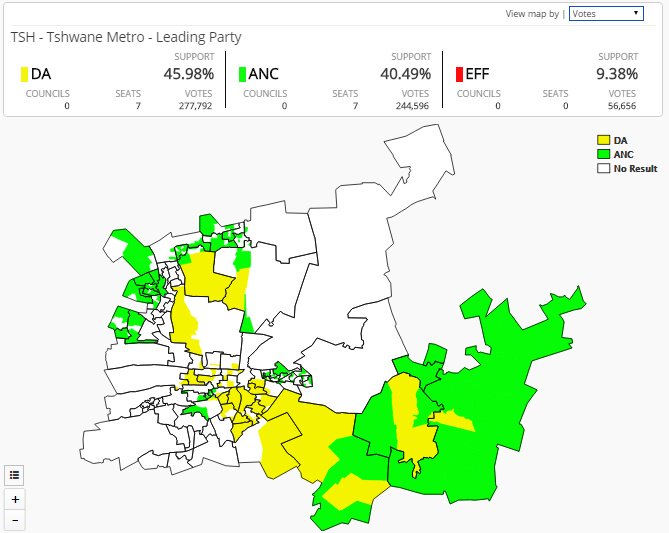 TSHIAMO TEE ‏@TheeRealTshiamo #ElectionResults I personally don't care about race this is modern SAfrica, I desire change and better living conditions for our people. Karin Richards ‏@Richards_Karin #ElectionResults National with 53% of votes counted ~IEC ANC 52.2% DA 29.9% EFF 7.0% 2011 ANC 62.0% DA Does ANC realise that if DA takes over JHB and delivers as they've been doing in CPT this is the last run for ANC..#ElectionResults 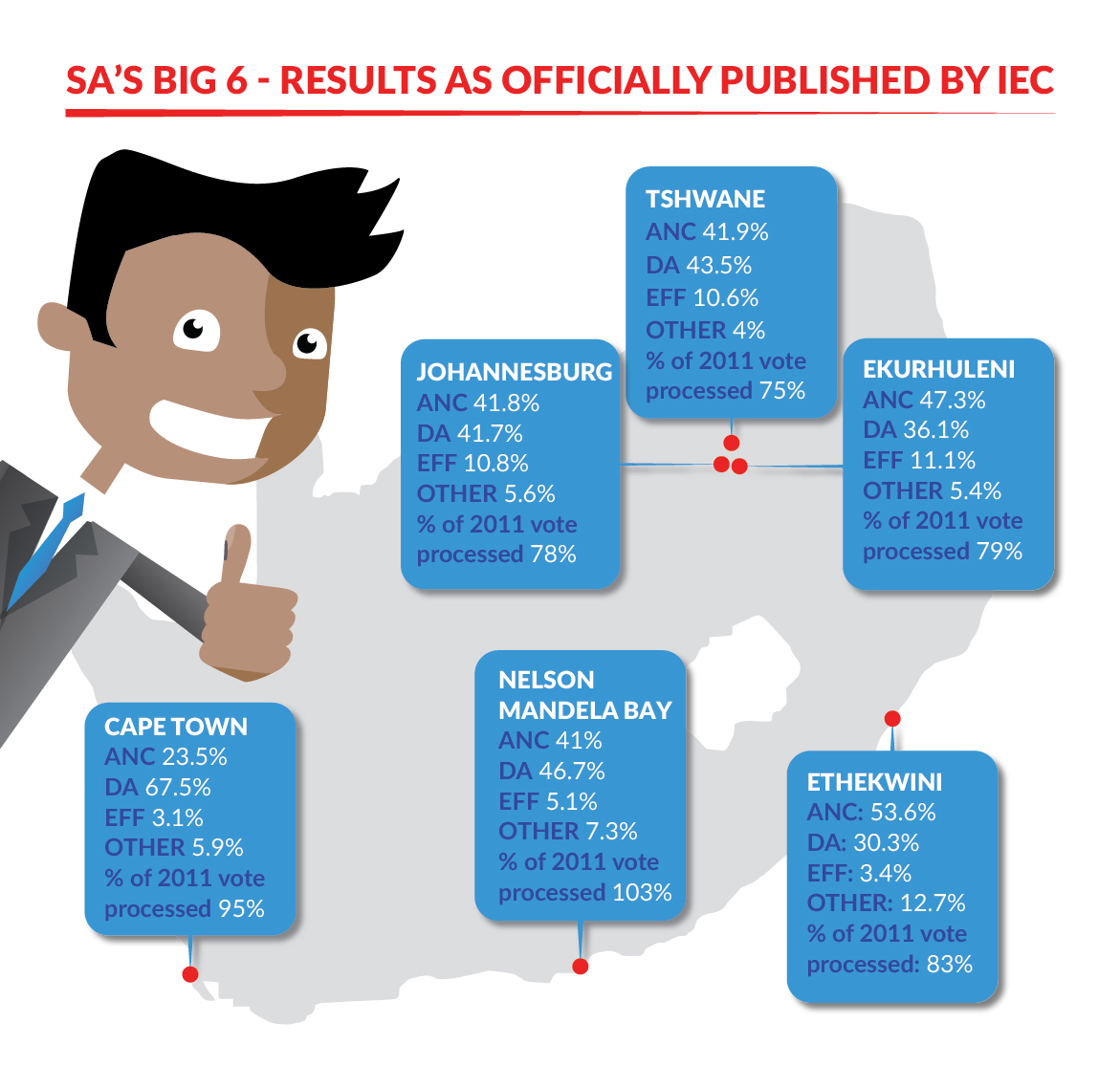