How To Get Your Smart ID And Passport At The Bank

Compare Guru
2015-10-02
Need a smart ID or a passport? Unwilling to spend long hours in the queue?
Update: Home Affairs has taken down its eChannel portal to finalise development. The department emphasised that the system has not launched, and it will announce an official launch date.
Original article: In a bid to curb identity theft and to make it easier for citizens to apply for their Smart IDs and passports, Home Affairs has provided a list of 11 bank branches to support the eHomeAffairs portal’s Smart ID and passport application process.

The eHomeAffairs portal was introduced on 7 April as an easier and more accessible method for South Africans to renew passport and apply for their Smart IDs. The process is currently only available to South African citizens between the ages of 30 and 35 to use it. "We are redeeming, re-imagining the packaging the department of home affairs, we are taking away the long queues, we simplifying the process of applying do your documents we making it nice enjoyable and fun," said Home Affairs Minister, Malusi Gigaba. Home Affairs said its focus is currently on Gauteng and Canal Walk in the Western Cape and asked citizens outside these areas not to use the site until further notice. 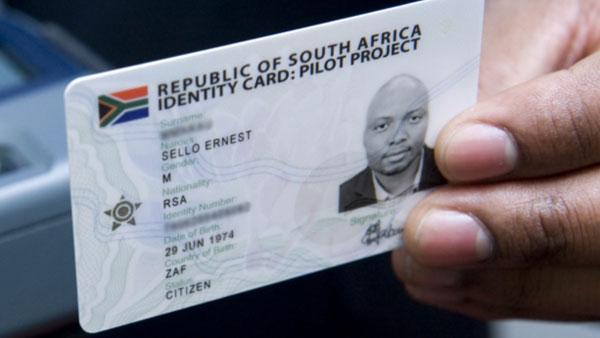 When applying, select your bank and branch and the appointment will be generated for you. "Customers will go through a very simple biometric process and have their photograph taken, thereafter they would leave the branch and an SMS would follow giving them the exact time when they should come in to collect," said First National Bank's Lee-Anne van Zyl. In its first week, 4088 citizens registered through the online portal, said Home Affairs. Of those, a worrying 140 online applications were only successfully processed.  Home Affairs aims to phase out over 32 million green bar-coded IDs within the next five years as they move the department into the digital world.

What do I need?

There are three things you need for a Smart ID:
If you're applying for a Regular Passport, the same documentation is needed, however, the cost for this a  is R400.
A Child's Passport sees you paying R400 and you will need to bring along:
Maxi Tourist Passport costs you R600. You need the following documents:
You will then be notified via SMS when your documentation is ready for collection. Apply for a free car insurance quote here and you could win PETROL FOR A YEAR