Is Motorola Returning To SA?

Motorola Over The Last Few Years 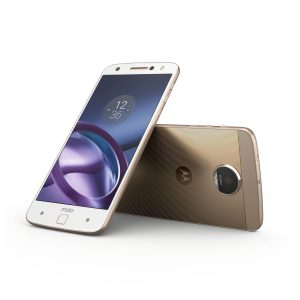 It's been a tumultuous few years for Motorola. With the company having been acquired by Google in 2012 and then sold off and purchased by Lenovo in 2014. Motorola has not officially been available in South Africa for many years. This, however, has all changed in the last few months of 2016. Official word is that Motorola will be making a return to South Africa with the Moto Z and the Hasselblad Moto Mod. Both of which were unveiled at IFA 2016 in Berlin just a few weeks ago.

What Is a Moto Mod?

With Moto Mods, we’ve entered the next era of mobile technology. When you can transform your smartphone into exactly what you need it to be, the possibilities are endless.
Motorola's Moto Mods family already includes the following:
But that was just the beginning of the modular concept for Motorola.

Mobile photography has become a deciding factor when purchasing a new phone. Huawei understood this and partnered with Leica for their P9 and P9 Plus phones in order to bring better camera technology to mobile.
Motorola has taken to partnering up with Hasselblad, a true pioneer in the camera industry.
Since 1941, Hasselblad has been at the forefront of the imaging industry. Around the world, the name Hasselblad is synonymous with the finest camera equipment ever made. Some of the most iconic images in history have been taken with Hasselblad cameras. From the first images on the moon to The Beatles famous Abbey Road cover. This year, Hasselblad is bringing their unique, iconic design and imaging experience to the mobile space. 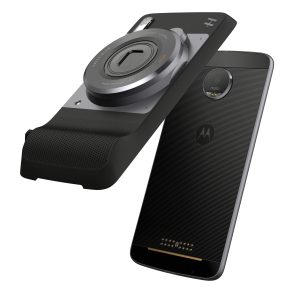 It features 10x Optical Zoom and a Xenon flash, and it gives you the ability to shoot in RAW format. It also has physical shutter and zoom controls, and you get free access to Hasselblad’s Phocus software for streamlined editing control and the highest quality output.
Pricing and exact launch date in South Africa have not yet been confirmed. Word from the Lenovo camp, however, states that the device should be available in South Africa before the end of 2016.