Compare Guru
2016-07-15
August may bring some welcome relief to cash-strapped consumers as we expect a fairly hefty petrol price drop.

August may bring some welcome relief to cash-strapped consumers as we expect a fairly hefty petrol price drop.

After steady increases for the first part of the year, the AA says that the petrol price will drop next month, August, by as much as 83 cents a litre. 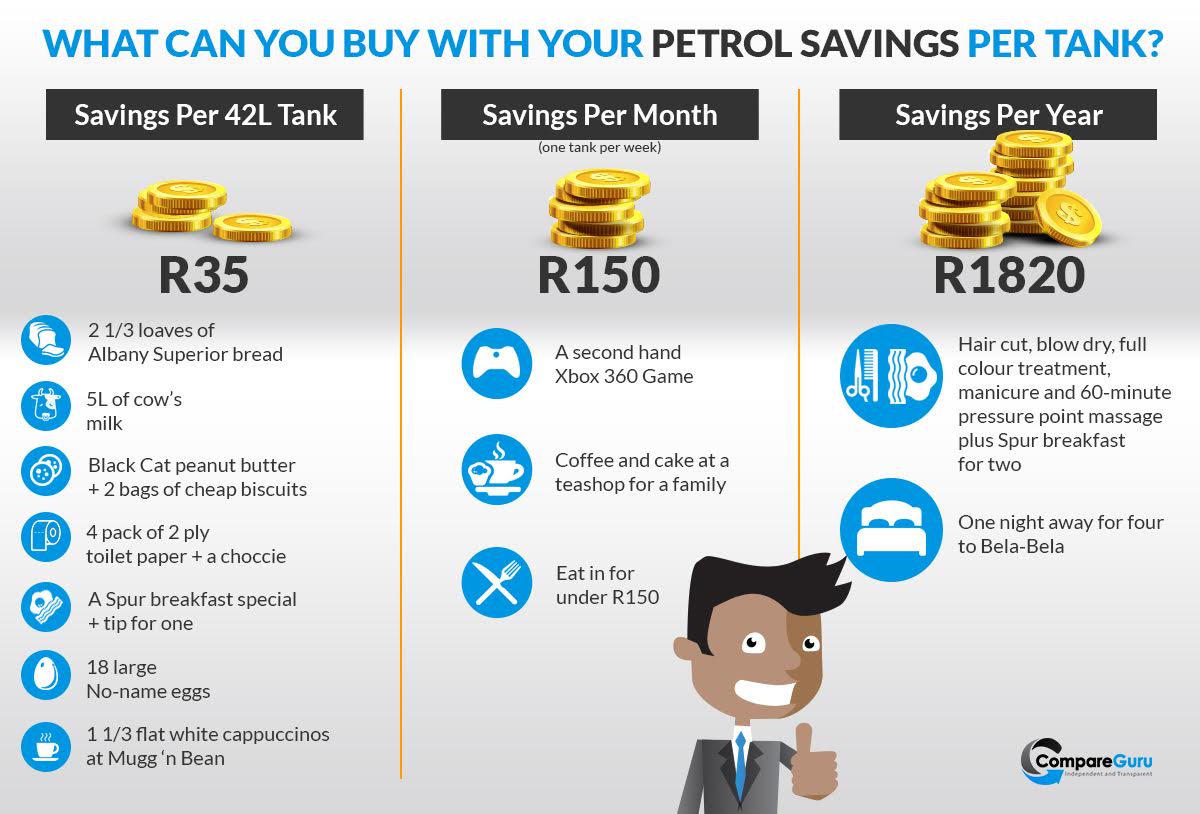 After reviewing the Central Energy Fund Data in wake of Brexit, AA are attributing the likely price drop to a stronger rand in relation to the pound, as well as weaker international petroleum prices. “After initially weakening in the wake of the UK referendum result in late-June, the Rand has since strengthened steadily. At the same time, international petroleum prices have retreated on concerns over economic uncertainty following the vote. As a result, fuel prices are showing favourable gains,” the AA said. Diesel will also see a price reduction of up to 42 cents a litre. This might inch us closer to the price that South Africans should really pay for fuel. The impacts of Brexit, while positive in the short term, such as the August petrol price drop, may have negative effects on our pockets in the longer term, however, requiring consumers to keep cutting costs where they can. “Despite this positive picture, predicting the likely position at the end of July remains complex. The underlying trend has been towards higher fuel prices over the past months as the Rand weakened and international oil prices climbed. It is not yet clear what effect recent events will have on this trend, and it would be premature to assume it has been disrupted,” add the AA. Read more here. Yet this can only mean some much-needed optimism for the man in the street in the meantime.