Positive Eskom Results not Positive for You and Me

Compare Guru
2016-07-27
Eskom released positive financial results yet we are not out of the woods where massive cost overruns will further increase prices.
Eskom reported billions in profit for the year, yet we are by no means out of the wood (fire) yet. Eskom’s Medupi and Kusile power stations will run grossly over-budget and schedule according to engineer and engineering journalist, Chris Yelland, a widely regarded expert on Eskom’s troubles. The recently published results in the year ending 31 March 2016, showed R4.6 billion in profit for Eskom, but the Cost to Completion estimate for Medupi and Kusile has been increased by nearly 50 percent each (to 145 billion and 161 billion respectively). As a result, massive cost and time overruns at both power stations are expected to further strain Eskom’s financial resources and place upward pressure on the electricity prices, and strain our budgets, in the future, according to Yelland. Let us help you with your Debt! Click here for a free consultation and become debt-free today!

Here is an indication of the increases for the last 10 years, as well as a few fun facts about energy generation in South Africa. 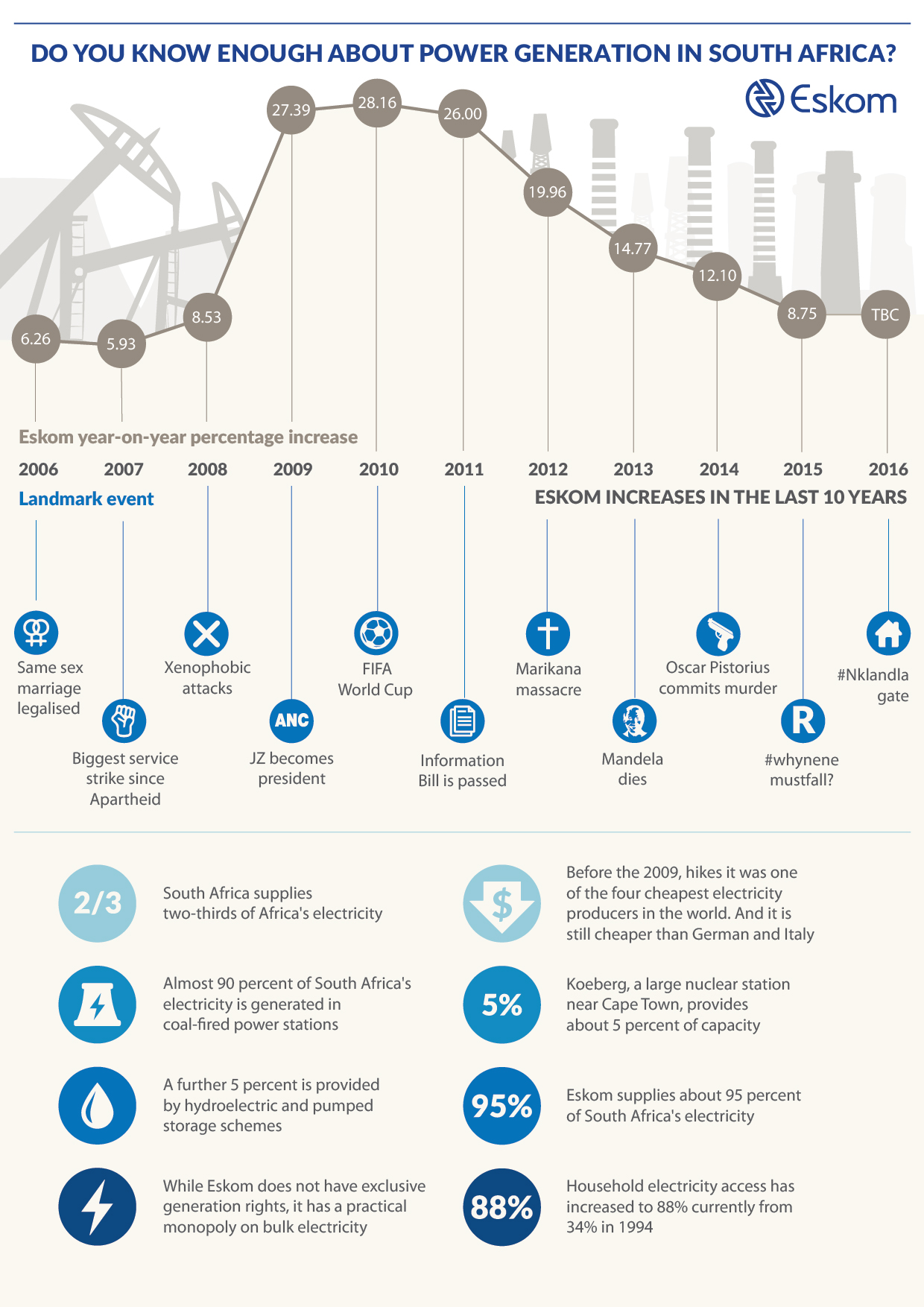 In fact, the National Energy Regulator (Nersa) has just approved Eskom’s application for an extension to submit a new tariff increase, just three short months after they approved Eskom’s last price hike of nearly 10 percent. However, Eskom Spokesperson, Khulu Phasiwe, said in April that only a minor part of the March/April hike was new.

"If we were to break it down, it was actually a 1.4 percent tariff increase that we received because in 2012 Nersa had granted Eskom eight percent for each one of the five years up until 2018. So in other words if we add 1.4 into on the eight percent that we already, we derive the current figure of 9.4 percent.”

Despite Eskom’s protestations, annual increases in the last 10 years have at times been 20 per cent or more above the Consumer Price Index, owing to widely publicised inefficiencies at the energy provider. Yet the energy provider maintains that our local energy is still affordable in comparison to first world nations.