Compare Guru
2016-11-08
After reviewing the Samsung Gear Fit 2, we have been pleasantly surprised by it’s performance. Here are the specs and features.
When Samsung's original Gear Fit was released, people were less than impressed. When we heard word that the company was releasing a Gear Fit 2, we weren't holding out hope that it would be much better. Boy, were we wrong. 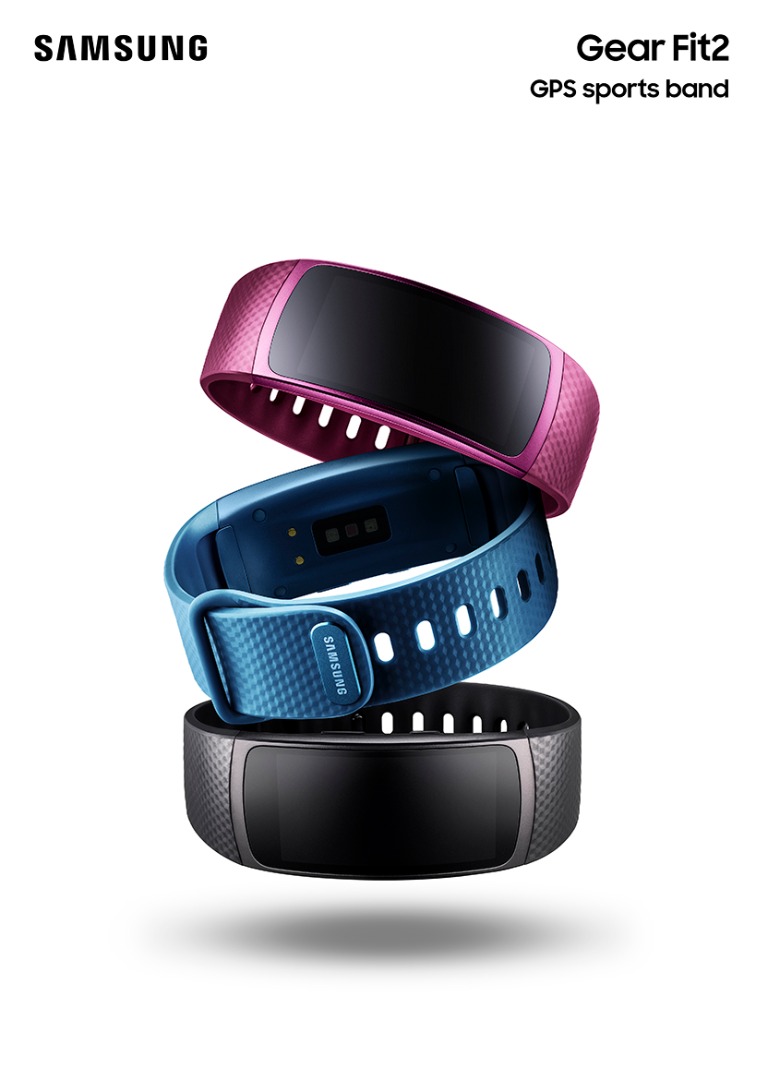 The Gear Fit 2 comes in an attractive, but unassuming, box which contains the fitness band itself, the charging dock, and the requisite bits of paper (that no-one actually reads).

Setting up the fitness tracker is easier than expected. Although, it must be noted that, it only works with Android devices. So, if you're an iPhone user, it's not going to sync up with your Apple device. It's a tad disappointing, but still a much-needed improvement over the original Gear Fit, which only worked on Samsung devices. One point of annoyance is that you have to download more than one app to your non-Samsung device when setting up the Gear Fit 2. Not ideal if onboard storage is limited on your handset.

The reason that the Gear Fit 2 doesn't work on iOS devices is because of the OS that the fitness band uses. At first glance, you'll automatically assume that it's running on Android. But, that's where you'd be wrong. Samsung has opted to use Tizen, it's own OS, as the brains which power their latest fitness band. At this stage, Tizen doesn't work with iOS. Although, this is something that Samsung is working on. Is Tizen difficult to use? Well, for the most part, no. The frustration comes when you want to install additional apps to work with the tracker. There aren't many available, which is a limitation of the Tizen OS. While this might sound like a downer, you need to remember that, when Android OS launched on phones, it wasn't an ideal operating system. It too struggled with a lack of apps. Tizen is by no means a bad OS and on the Gear Fit 2, Samsung shows off some of its growth. It brings a stable, impressively responsive operating system shown off on a beautiful 1.5-inch curved super AMOLED display. 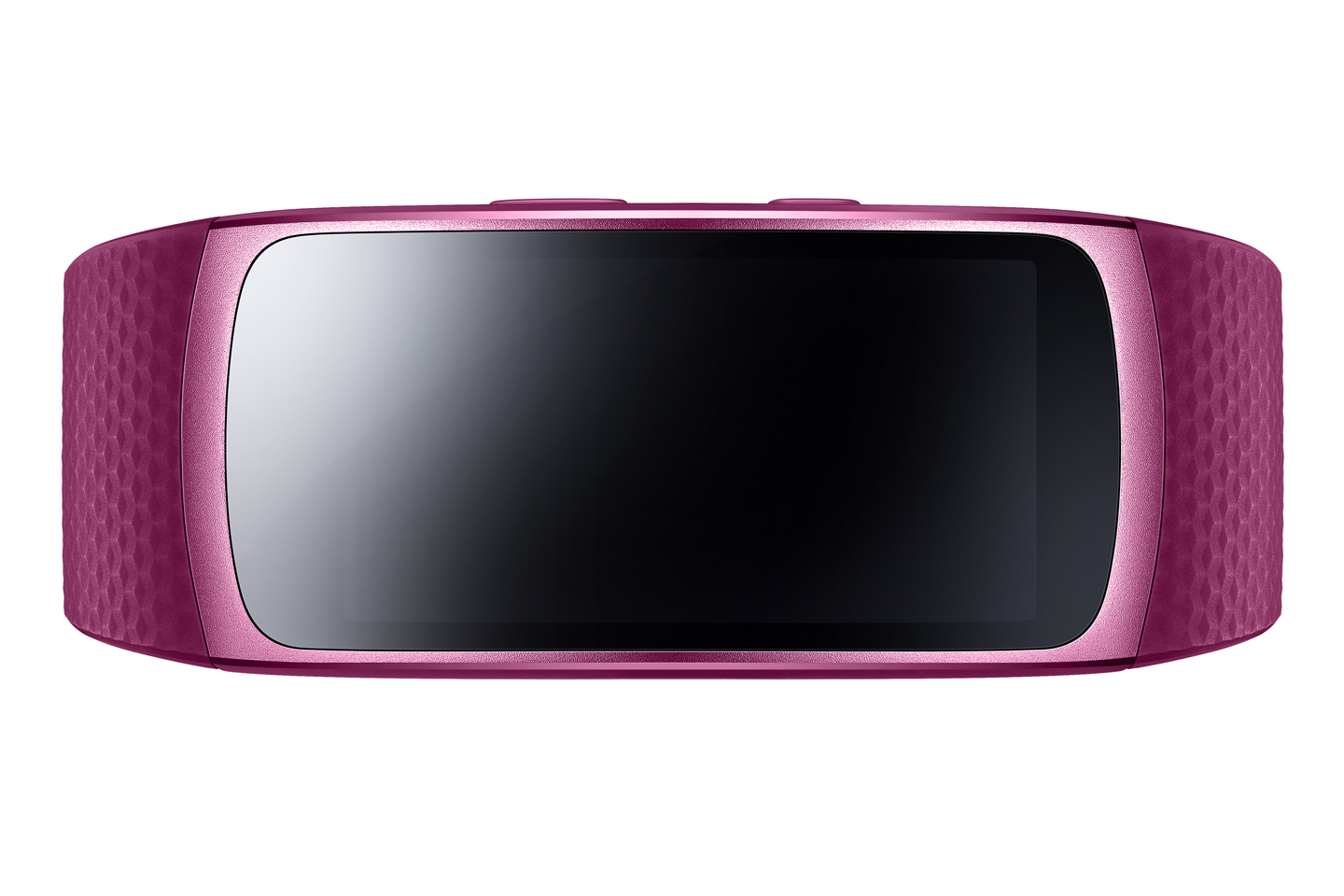 One of my biggest complaints about fitness trackers is that their displays are boring or complicated to navigate. Not so with this fitness tracker. Samsung has utilised every aspect of the display, to its full extent, without overwhelming you with information. Information is displayed vertically on the Gear Fit 2. This means that you don't have to swipe left or right to see how you're doing during your workout. If you do need to swipe left or right, there is a back button which takes you back to your previous screen. If you're five screens deep into the band, you can always press the home button which takes you back to the main display. This shows you all of your stats. 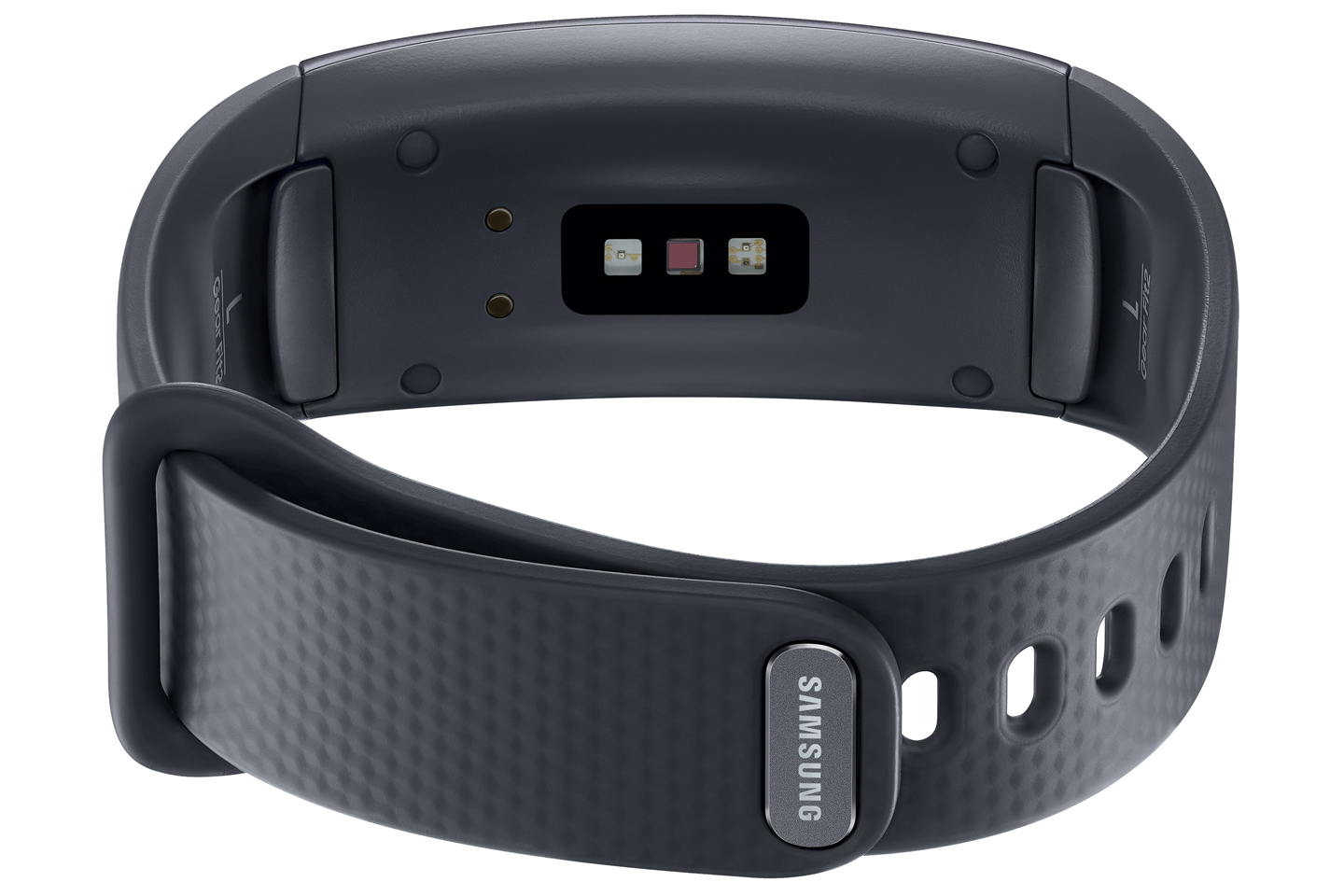 Speaking of stats, Samsung lets you change the way information is displayed on the home screen, thanks to a number of different watch faces. This might be a fitness tracker, but it doesn't feel like one. It comes across as a fitness tracker / smartwatch or, at least, a device which sits somewhere between the two. And, that's not a bad thing. Everyone is jumping on the fitness band trend these days and you can't go five minutes without some new fitness tracker which is supposedly better than all the others already out there, being shoved in your face. The problem with so many of them is that they hardly ever live up to the hype.

Best Of It's Kind

Samsung's Gear Fit 2 has gone largely unnoticed since its launch, which is a shame. It's by far one of the best fitness trackers I've ever used. Yes, it definitely looks like a fitness band. And, if you get the black one, it looks even more unexciting (you can change the straps for either a blue strap or a pink one). But, it is also one of the most comfortable wearables, ever. Furthermore, it has an IP 68 rating. This means that it can stand being submerged in water up to 1.5m for no longer than 30 minutes. This is great for swimming or a really intense workout which gets you all sweaty. 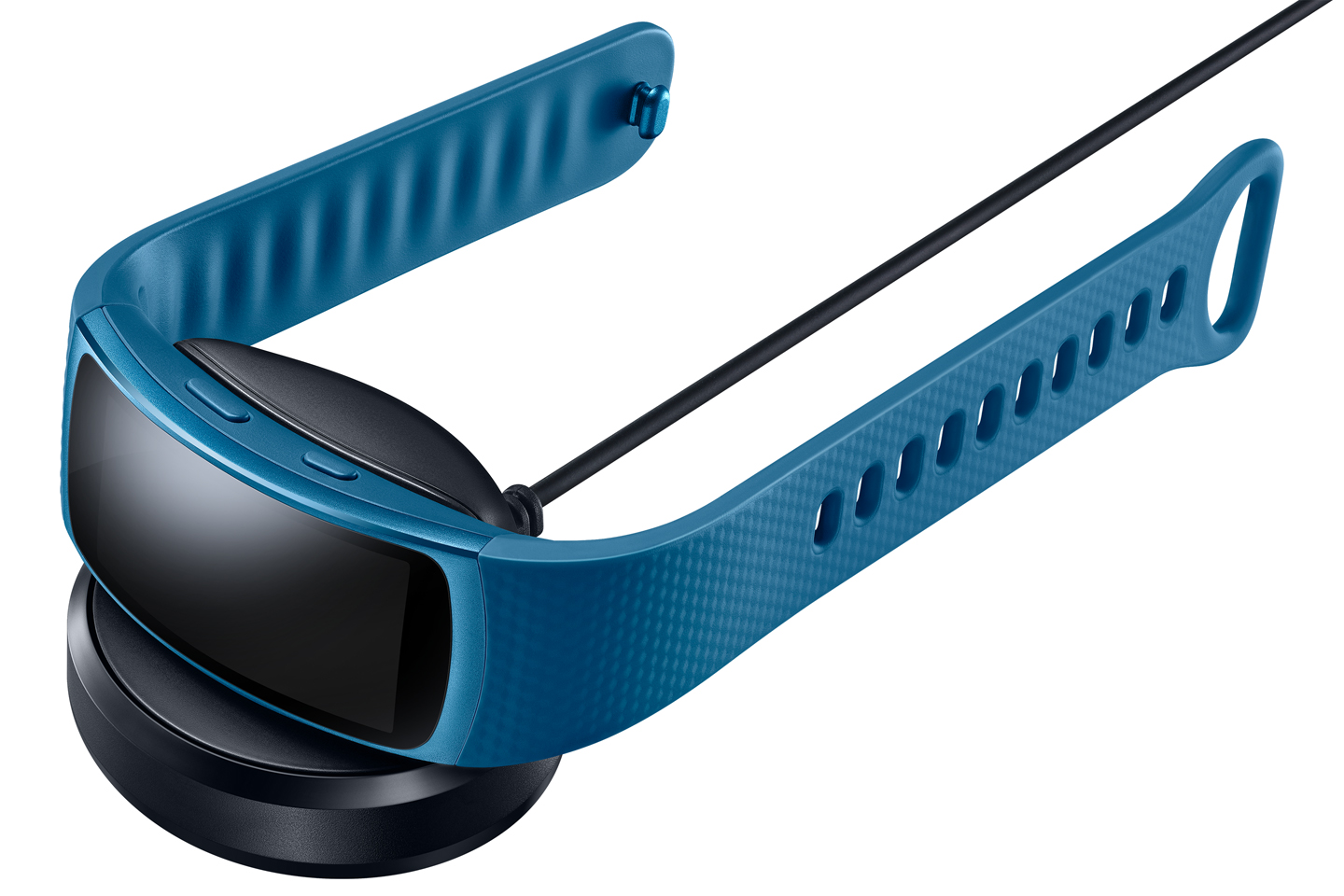 In terms of actually tracking your workout, the Gear Fit 2 does a fairly good job. Samsung has added in a heart rate monitor and built-in GPS to help track your workouts better. While testing the Gear Fit 2, we also tested Fitbit's newest tracker, the Charge HR 2 (which has no IP rating, nor does it have built-in GPS). There was a noticeable discrepancy between the two devices in terms of steps taken. But, the Gear Fit 2 seems to be the more accurate of the two. Heart-rate tracking is fairly good. It's not 100% accurate all of the time but, then again, this isn't a device aimed at professional athletes. It does a more than adequate job for a commercial fitness tracker. The band has the ability to recognise quite a few different types of activities. These include running, walking, hiking, yoga, running on a treadmill, and many others. It also has the ability to auto-recognise certain types of workouts. Overall, Samsung's newest fitness tracker is a fairly impressive piece of work.

Pros and Cons Of The Gear Fit 2 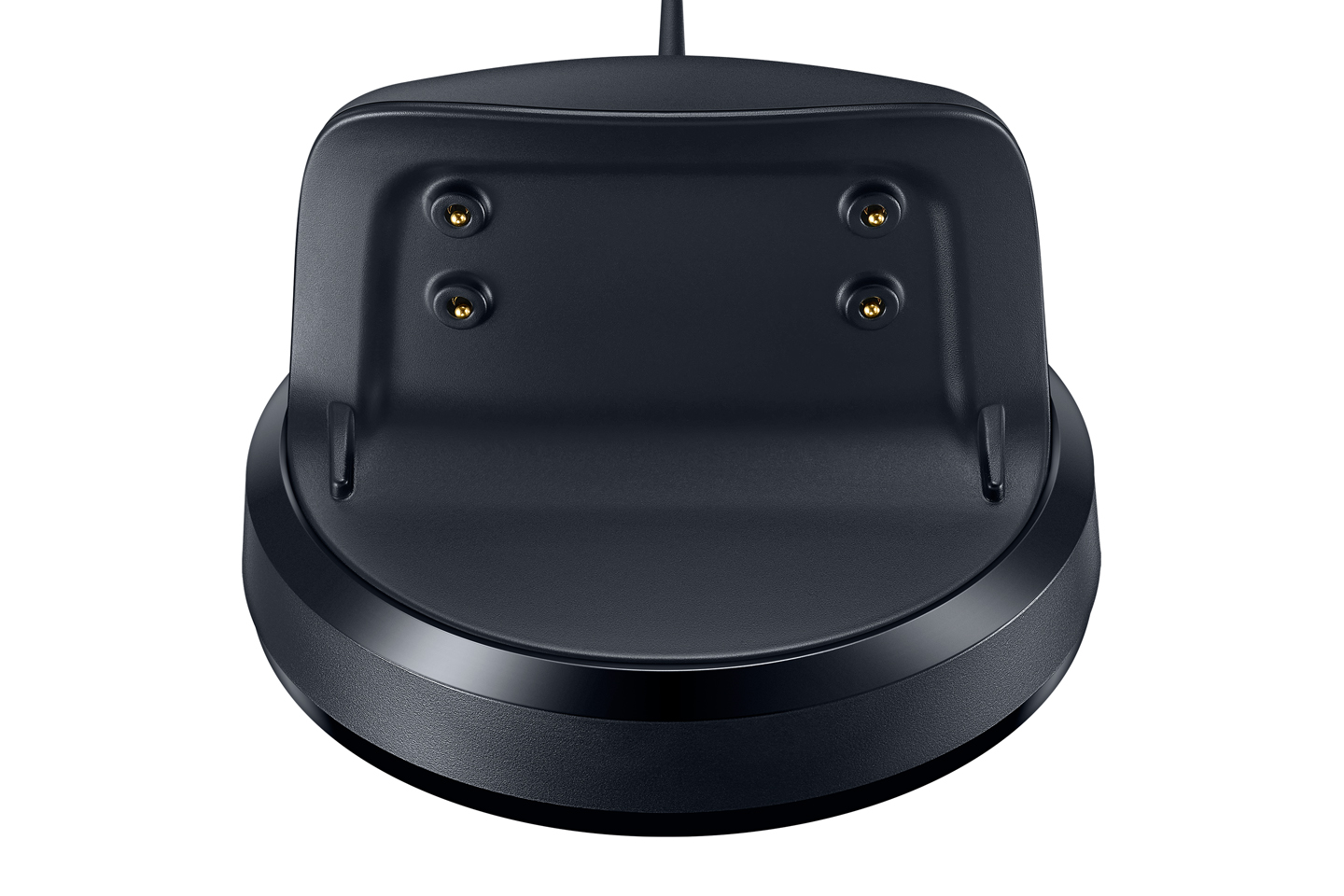 Overall, the Gear Fit 2 is by far one of our favourite fitness bands that we've ever tested. There are a few things that need tweaking, but they're all minor things. Samsung has proven that they're a serious contender in the fitness tracking space. Cost: R2 999 (Takealot.com)