Compare Guru
2016-08-22
One year after launch, Showmax has clearly learned a lot about streaming video in South Africa.
ShowMax launched in South Africa on 19 August 2015, months prior to Netflix finally reaching local shores.
One year later, ShowMax has now clocked up more than 10 million views - more than 700 years’ worth of TV shows and movies.
That's a lot of time spent watching content, which is not only good for ShowMax, it also gives the opportunity for a lot of data gathering around viewing habits in South Africa.

ShowMax recently ran a survey with 1000 people to further understand what they like and dislike about internet TV and why.

This is what people think of Internet TV

When do people watch?

According to our stats, the peak viewing time is between 6 and 11 in the evening, reaching an absolute peak at around 8pm.
Interestingly, the busiest days aren’t Friday or Saturday (we thought date night might be our killer function); instead we hit peak-couch-potato on Sundays.

How popular is internet TV in South Africa?

Our survey suggests that subscription video on demand (SVOD) usage is set to rapidly accelerate in South Africa.
Only 35% of those surveyed currently subscribe to an internet TV service, but when asked whether they plan to be using an internet TV service within the next six months, that number rose to 65% of the respondents.

The main reason that people report using SVOD services is to access a wider range of content (39%), followed by access to the latest content (22%), and value for money (16%).
Interestingly, given what we know of the binge-watching global phenomenon, only 13% listed binge-watching  as the main reason for using this type of service.

What do people prefer to use to watch SVOD?

There can be a marked difference between how people in different countries view video content. In some countries, the majority watch on mobile devices, while in others there’s a preference for “lean back” viewing on TVs and computers.
The survey suggests that in South Africa things appear to be split down the middle. The following are the answers to “which device(s) do you use to watch internet TV” by people currently subscribed to a service. Respondents were able to select more than one device which is why the results come to more than 100%:

What’s most important in a service?

When asked what aspects of an internet TV service are most important, the following factors were all ranked as “very important” by 50% or more of the respondents.
The answers aren’t entirely surprising, but in the context of Africa they take on extra meaning. For example, the fact that video quality came out on top obviously highlights the importance of making sure your content delivery network is up to scratch, but given the fact that many users connect via mobile in less-than-optimal conditions, it shows that a service needs to go even further to improve the user experience.
That’s lead ShowMax to deliver solutions for offline viewing (downloads), dynamic streaming, bandwidth capping, and less-obvious solutions like reducing picture file sizes when displaying content “movie posters” on mobile devices.

How many hours do people watch per week?

Is there a couch potato tendency among the group surveyed? It’s difficult to do a direct comparison, but the results suggest that South Africans appear to be ahead of the curve when it comes to how many hours are spent watching internet TV.
Ericsson published a Consumer Lab report in September 2015 that looked at viewing habits in multiple countries  This study found that on average, people watched 6.0 hours of streamed on-demand TV programmes, series and movies per week. 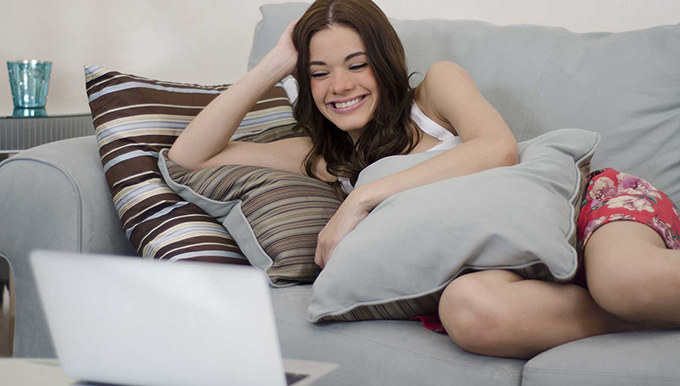 The respondents in South Africa who are subscribed to an internet TV service reported the following weekly viewing:

What’s the main reason holding people back from subscribing? The clear answer is the cost of internet access (40%) rather than a lack of understanding how to access the services (20%).
A total of 15% of people find normal TV easier to use. Somewhat surprisingly, only 9% said that they don’t subscribe because they can pirate the content illegally.

What next for ShowMax?

"We firmly believe that this isn’t a game of one-size-fits-all, and that localising your service, content, and partnerships is key. Perhaps unsurprisingly, the cost and availability of decent internet connectivity is the biggest hurdle, but we believe there are elegant solutions, some of which we’ve already deployed and some of which are still in the works" says ShowMax.
ShowMax clearly has their eye on the prize, namely being the number one video on demand service provider in South Africa. They've achieved a lot so far, but there's clearly still a long way to go.
Want to stream video on demand? Let the Guru help you find the best broadband deals