Melissa Cohen
2017-12-08
South Africans have woken up to yet another fuel price hike for December. This is the fifth month in a row that prices have increased.
South Africans have been hit with another fuel price hike this December. This week saw drivers paying a whopping 71c extra per litre for their fuel. This comes after the Department of Energy announced the increase on Monday. The erratic change in international fuel prices, coupled with a weak rand caused the increase.

So How Much Will You Be Paying?

According to the Automobile Association(AA), South Africa's economic state has remained weak throughout the previous months. "The rand has followed a similar trend, weakening against the US dollar on average, although it has been surprisingly resilient in the days following South Africa’s recent credit ratings downgrade," explained the AA in a recent statement. They have also warned vehicle owners that there is a high possibility that the fuel increases could continue into the first quarter of the new year. This month is the fifth month in a row that South Africans have experienced a fuel price increase. The table below shows the current fuel increase for December 2017:   The Department of Energy stated that the reason for the increase was because of the unstable rand.

"The Rand depreciated against the US Dollar during the period under review, on average, when compared to the previous period.  The average Rand/US Dollar exchange rate for the period 27 October 2017 to 30 November 2017 was 14.0964 compared to 13.6210 during the previous period. This led to a higher contribution to the Basic Fuels Price on petrol, diesel and illuminating paraffin by 23.15c/l, 23.03c/l and 23.34c/l respectively."

Here's What To Expect...

The Energy Department approved a net increase of 3.9 c/per litre in the annual margin adjustments on petrol. A net increase of 0.7 cents per litre on the secondary storage and secondary distribution margins. This has already been made effective as of December 6. The current fuel price has increased to R14.76 inland and R1427 for coastal towns. Here is an infographic demonstrating the increase in fuel price over the past month: 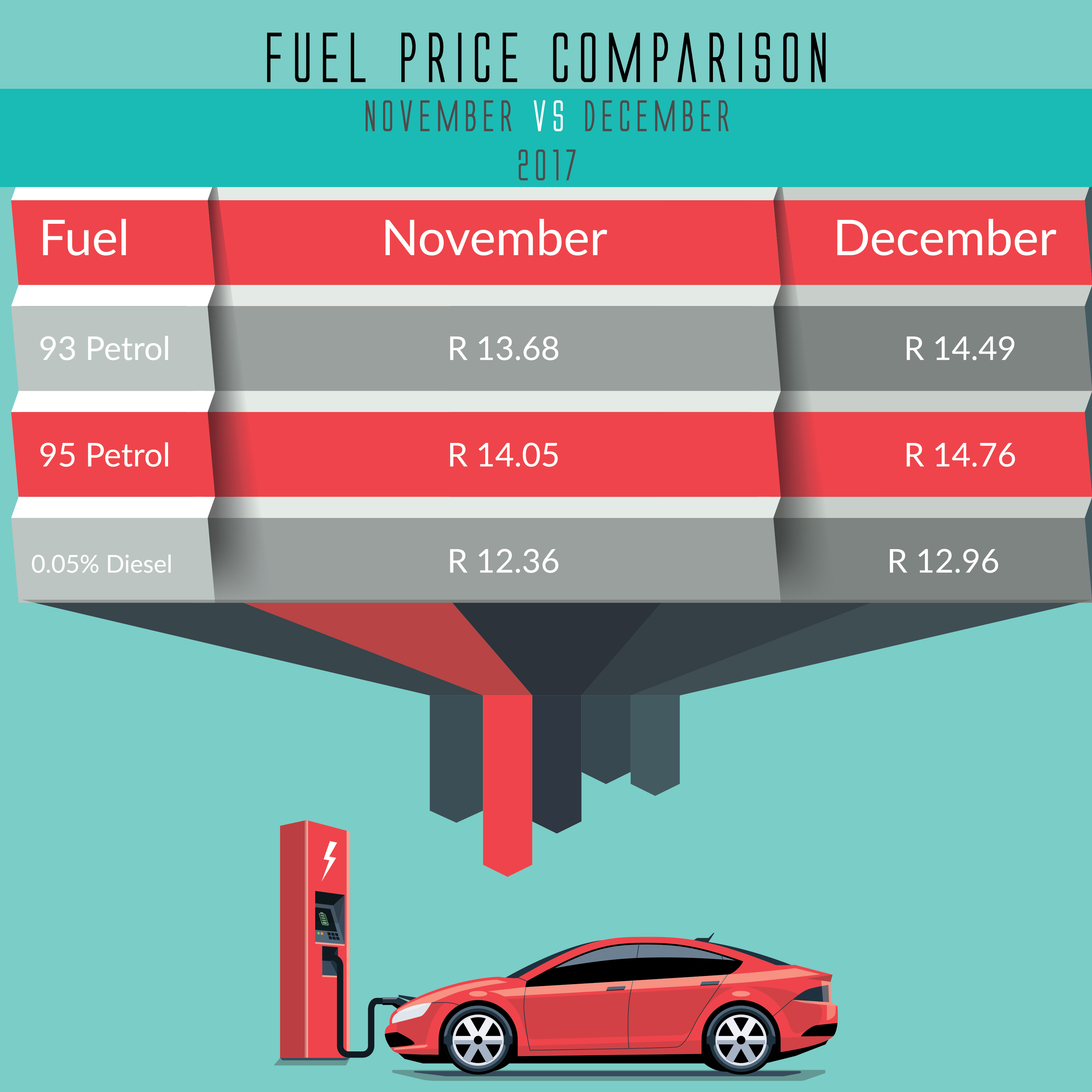 In case you thought you had it bad with high fuel prices in SA- it could be worse. In Hong Kong, one litre of petrol currently costs R27.43!