Land Rover Brings The Defender Back From The Dead

Jason Snyman
2018-01-24
Land Rover has heard your prayers, and they’re bringing the Defender back from the dead. Until 2019, enjoy this 70th Anniversary Edition!
The new Defender Works V8 has been described as the “most powerful and fastest version that Land Rover has ever created”. That’s right; the iconic Defender is back, but only as a limited-edition. 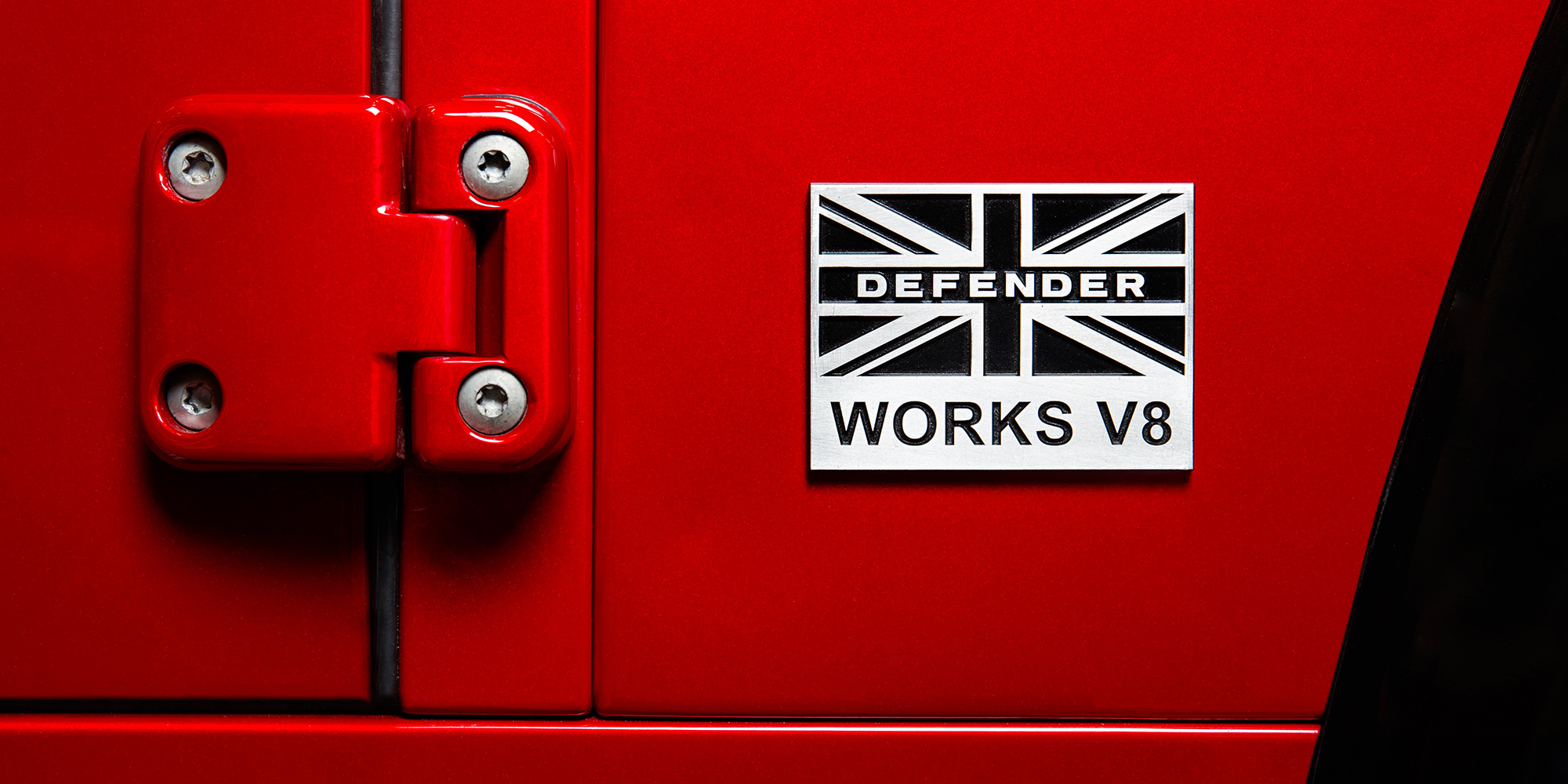 “The V8 powertrain will be fitted to 150 specially-selected and re-engineered Defenders for the 70th edition, complemented by an eight-speed ZF automatic transmission with sport mode, uprated brakes and handling kit, plus exclusive 18-inch diamond-turned Sawtooth alloy wheels and 265/65 R18 all-terrain tyres,” said Land Rover. “The idea of reintroducing a V8 Defender was something we were discussing as far back as 2014, when we were still building the Defender in Solihull. We knew the demand was there for a powerful and fast Defender; the Land Rover authenticity is the ultimate finishing touch for discerning clients purchasing these collector’s edition Defenders.” Are you needing to insure your brand new car? Make sure you get the lowest insurance premium here!

After spending 67 years in production, the final Defender rolled off the line at exactly 09:22 on the 29th of January 2016. The ‘Defender’ started off as the Land Rover Ninety or Land Rover One-Ten in 1983-84. These numbers represented the respective wheelbases in inches, and the vehicles carried badges above the radiator grille which read Land Rover 90 or Land Rover 110. Only in 1984 did the Land Rover receive wind-up windows. Previous editions were all fitted with sliding panels. This, of course, wasn’t the only change, as Land Rover began to modernise their vehicles. Other modifications included coil springs, offering a more comfortable ride and improved axle articulation, a taller windscreen, progressively more powerful and modern engines, a modernized interior and a permanent four-wheel drive system derived from the Range Rover. Then in 1991, after the launch of the Discovery, and to avoid possible confusion over their new models, the Ninety and One-Ten were renamed Defender 90 and Defender 110. These vehicles carried the first ever Defender badge. The engine progressed in leaps and bounds. The Defender adopted the Discovery’s 200TDi engine, allowing it to cruise comfortably at high speed but also tow heavy loads around hills, all while remaining economical. Other four-cylinder options still remained, as well as the Defender’s V8 petrol engine, but because of the TDi’s superior mixture of performance and economy, sales on the rest soon dwindled. In 1994, the TDi saw another development, the 300TDi. Where the 200TDi was basically an adaptation of the old turbocharged diesel to accept a direct injection system, the 300TDi was brand new. Throughout the 90’s the Defender became more upmarket, while remaining true to its working roots. This effort ushered in a number of limited-edition vehicles. Let’s take a look.

An Evolution Of Limited Edition Defenders

Over the years, Land Rover has produced a number of limited edition Defenders. These have often been little more than the vehicle being fitted with special option packs or equipment, such as the roll-over protection cage on the 1992 SV90. This was the first Special Vehicle produced by Land Rover.

Land Rover’s Limited Editions have mostly been aimed at the more lucrative ‘lifestyle’ market, rather than the Defender’s customary off-road markets. 1998 saw two special edition Land Rovers – the Defender 50th anniversary, which was a North American Spec Defender 90, as well as the ‘Heritage’ – harkening back to the early days of Land Rover in the 1940s. The Heritage was only available in the two original colours. A dark bronze green and a light pastel Atlantic green. In order to make the Heritage look like the original Series I of 1948 a metal mesh front grille, body-coloured alloy wheels, wing mirrors and a silver-painted door and windscreen hinges were all integrated.   [caption id="attachment_30567" align="aligncenter" width="600"] 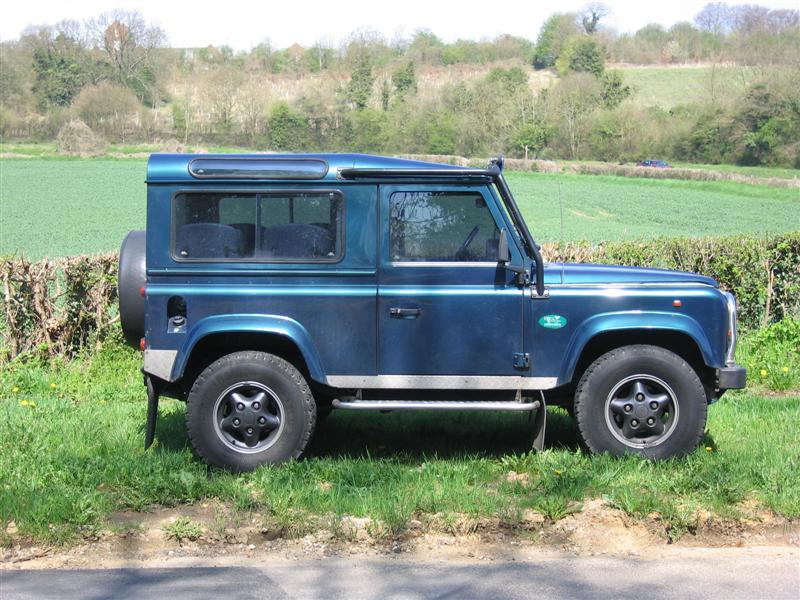 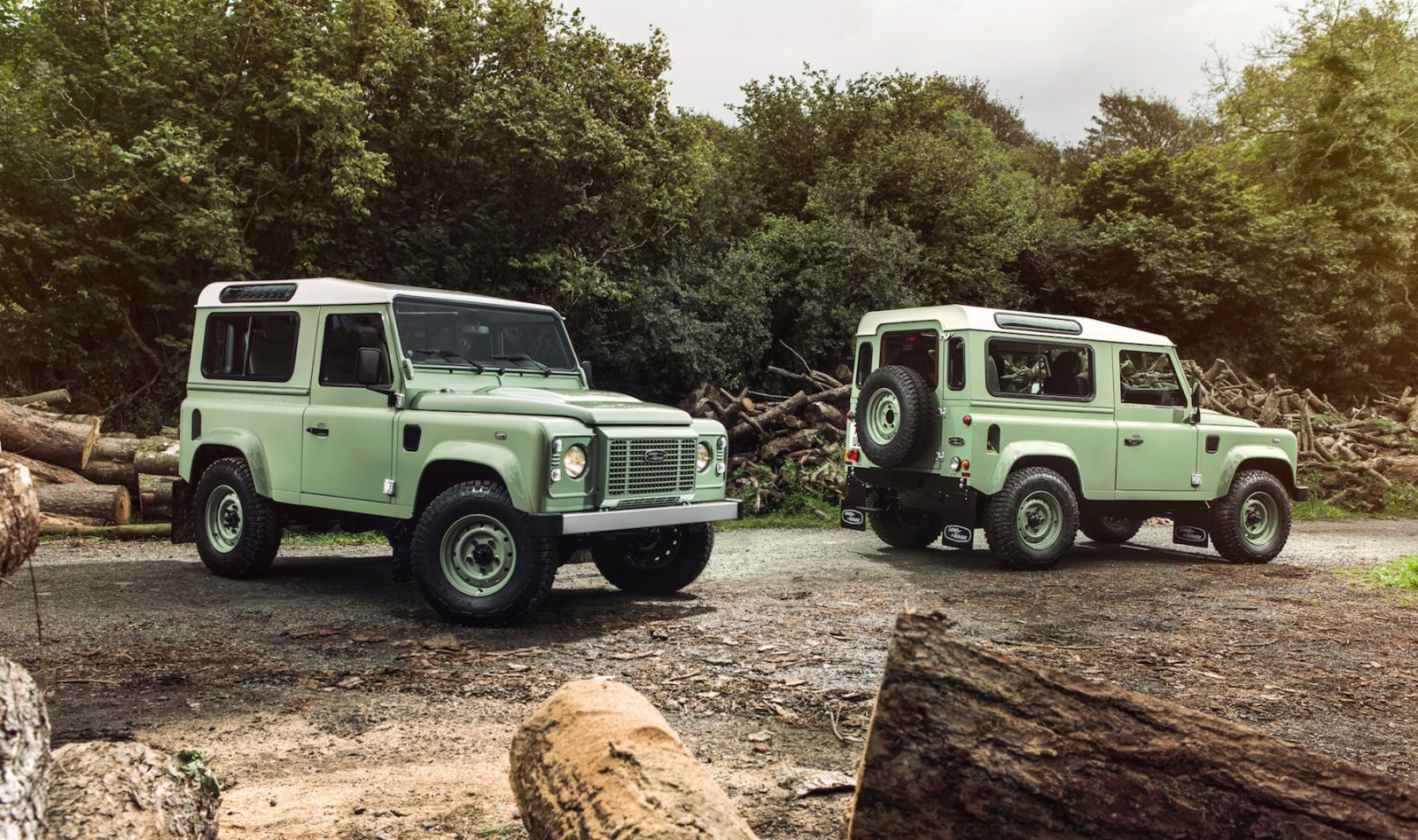 Possibly the most famous limited edition Defender to date was the 2000 Tomb Raider, built to commemorate Land Rover’s role in the first Tomb Raider film. The Land Rover, according to popular opinion, far outperformed, outpaced, outclassed and even delivered better dialogue than Angelina Jolie’s lacklustre, borderline brain-damaged portrayal of the titular character. The dark metallic grey Tomb Raider was designed to look like an off-road expedition vehicle. It came standard with a Td5 engine, equipped with a roof rack support system, additional spotlights, winch, and bull-bar. 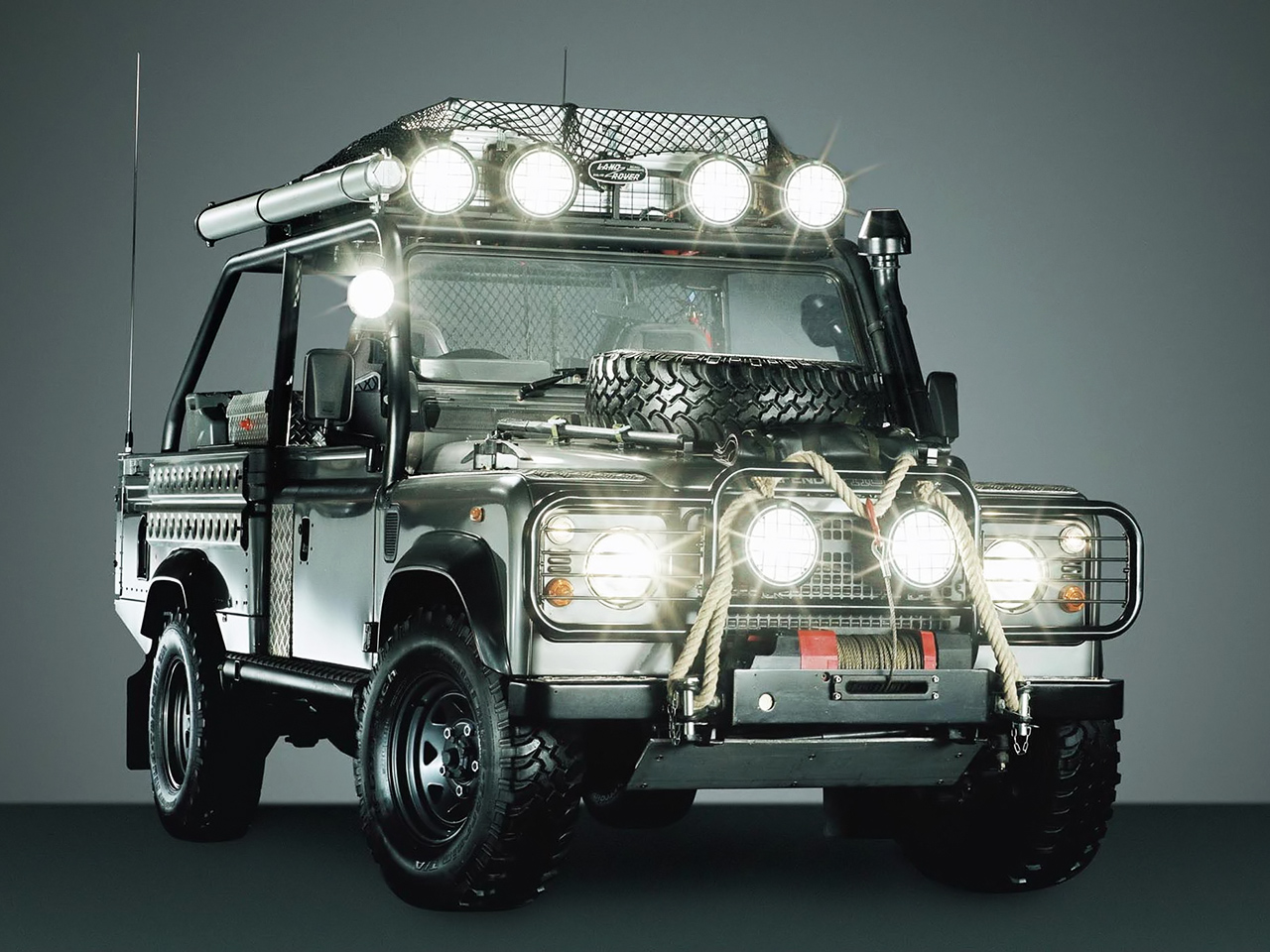 In 2003, G-4, Black, Silver and SVX special editions of the Defender became available, and since then the Land Rover special editions have become less extravagant. A notable exception may be the once-off 2015 Paul Smith, designed to be incredibly tough but also equipped with stylish and decisive extras. Designed by British Fashion Designer, Paul Smith, this edition featured 27 different exterior colours, inspired by the colours of the British countryside, as well as the Defender’s long life in service with the Army, Navy and Air Force, as well as fire, coastguard and mountain rescue roles. 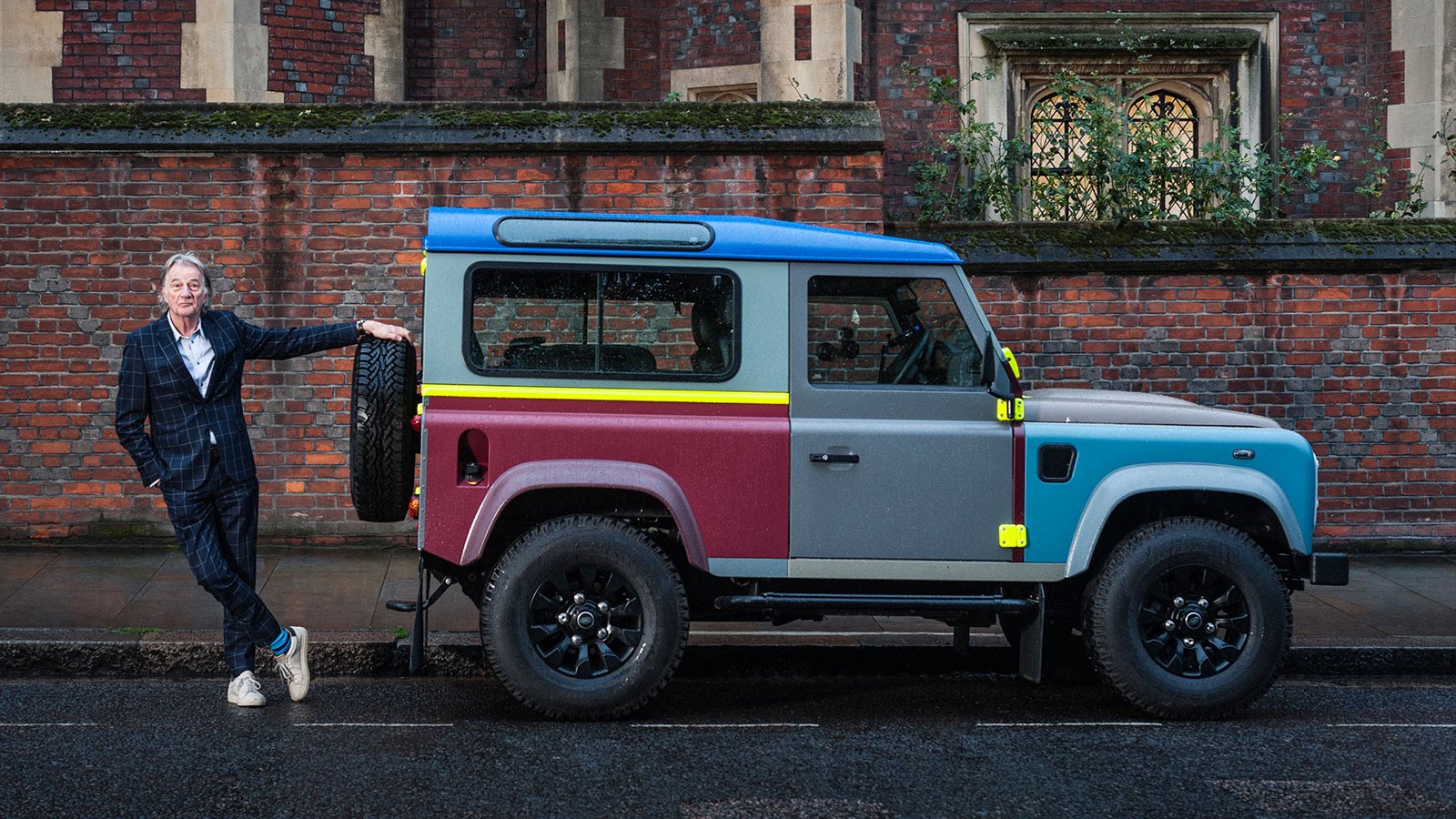 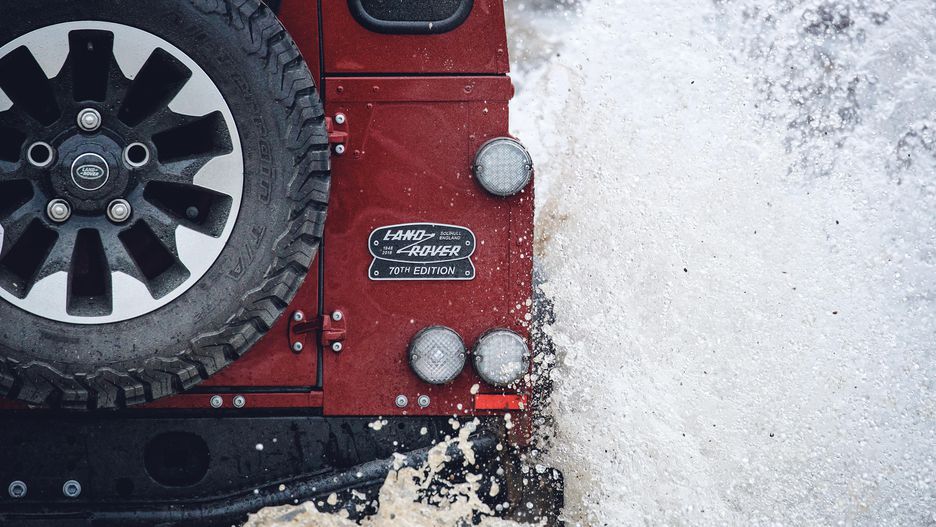 Defender enthusiasts shed many a tear upon the announcement that the show had come to an end. Hearing this, Land Rover has decided to launch a new vehicle, due to enter production in 2019. According to Land Rover design director, Gerry McGovern, the new vehicle will bear little resemblance to the last model – the DC100. Until then, though, we’ve got the 70 anniversary limited-edition Defender Works V8. 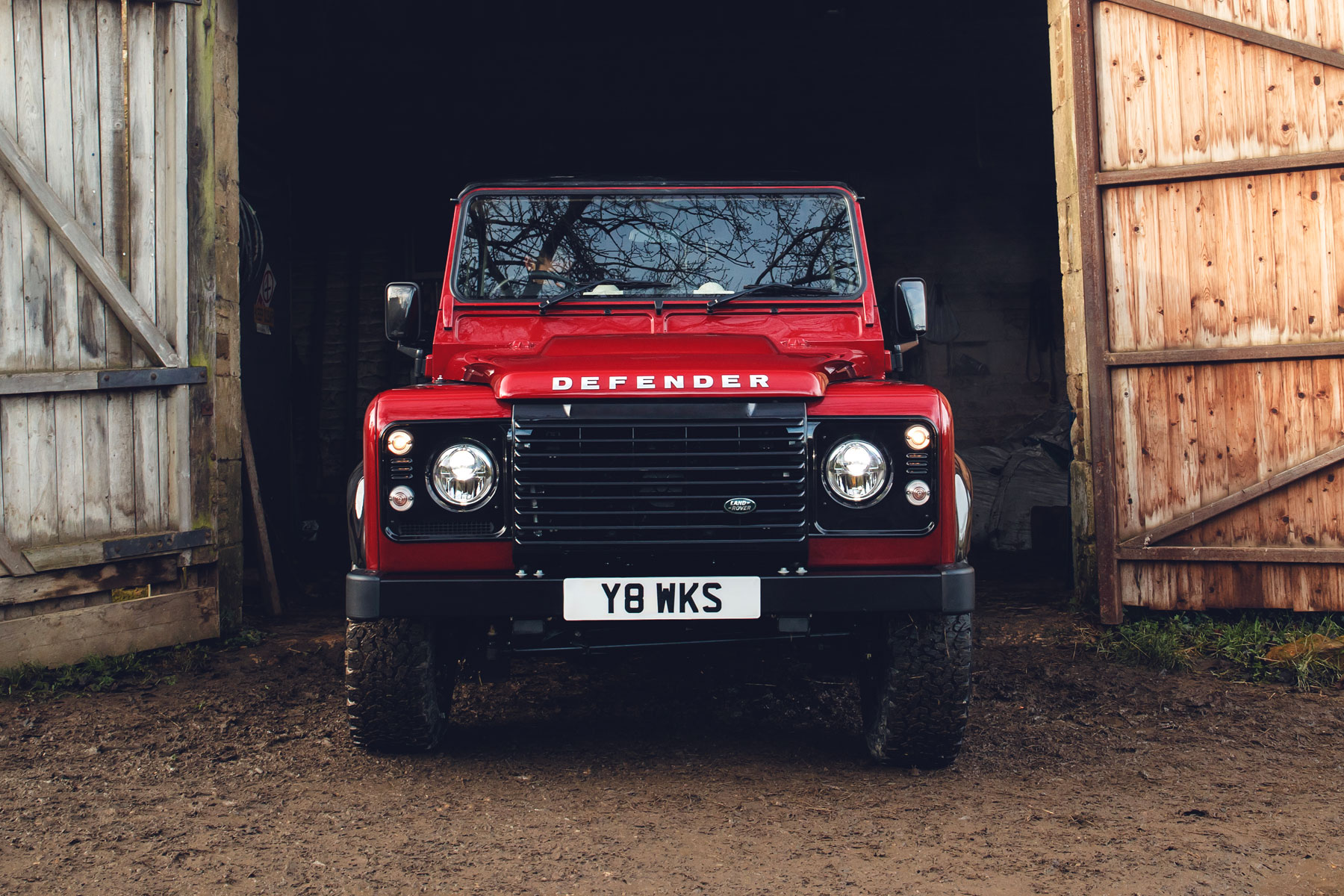 “It’s fitting that we’ve been able to release the full potential of the iconic Defender, whose much-loved shape remains synonymous with Land Rover, 70 years since it was seen in public for the first time.” 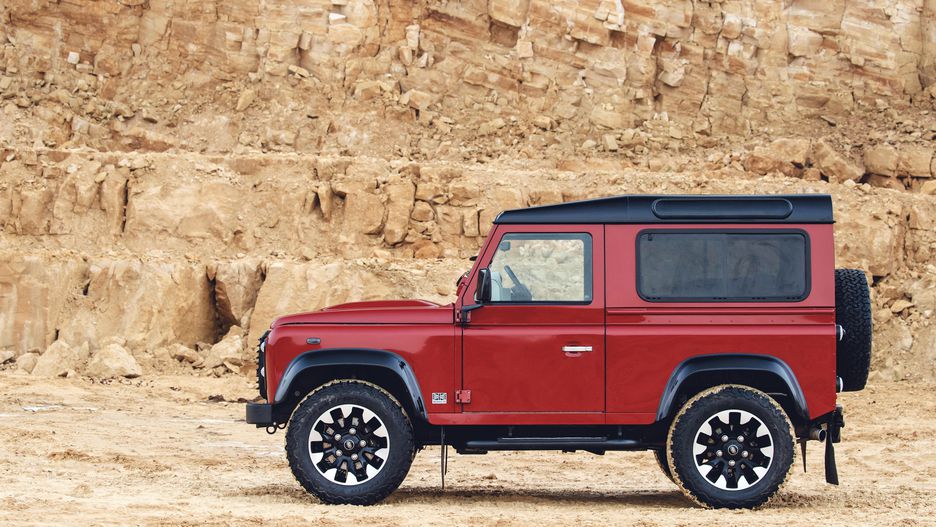 Featuring a 5.0 litre naturally-aspirated petrol V8 engine, producing 298kW and 515Nm of torque, it will take you from 0-100km/h in under 6 seconds. Top speed is limited to 170km/h though, and given that this is the fastest, most powerful V8 Defender ever created, the limit is probably a good thing. The standard Defender, by comparison, delivered 90kW and 360Nm. The Works includes bi-LED headlamps, Windsor Leather interior trim, Recaro sports seats and Land Rover’s classic Infotainment system. 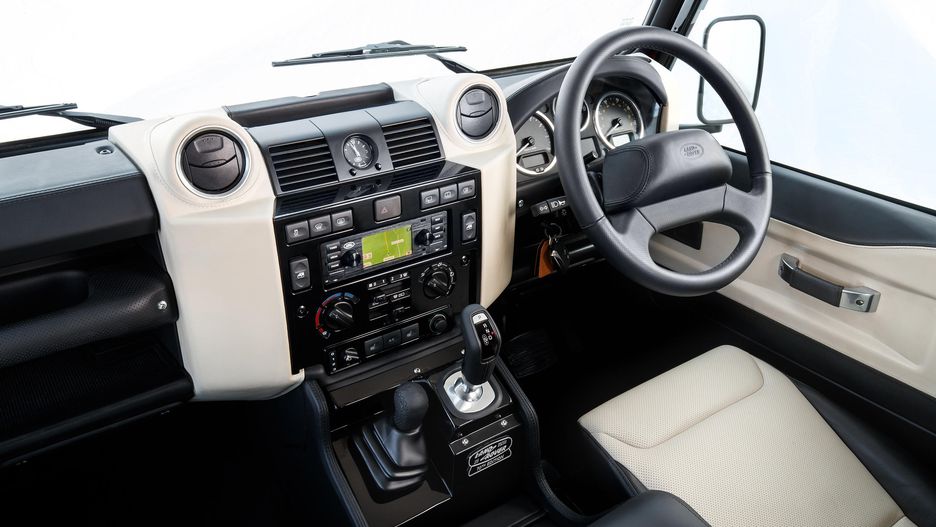 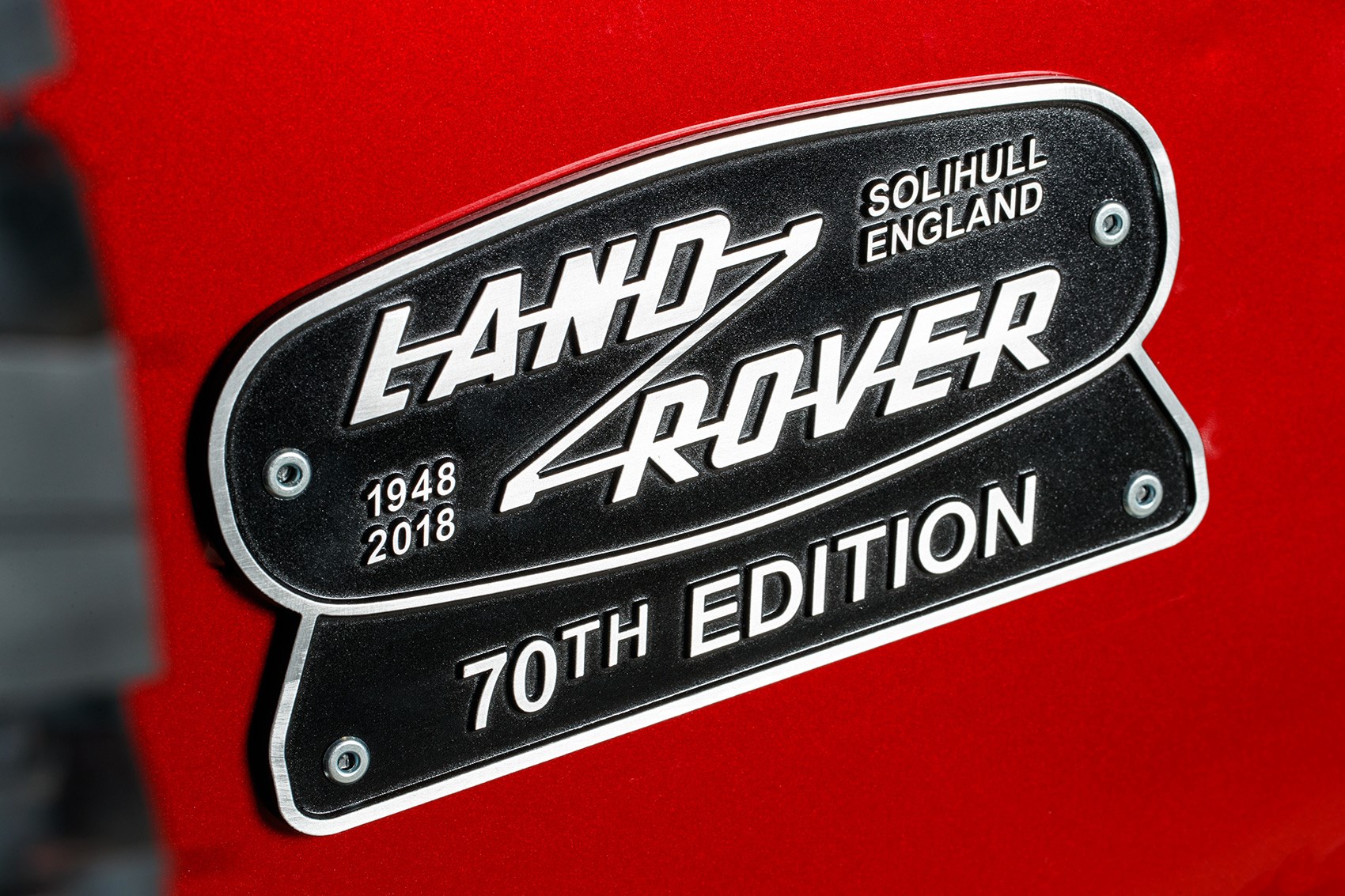