Have You Seen The New McLaren?

Jason Snyman
2018-01-05
McLaren have named their new hyper-car after F1 legend Ayrton Senna. How does the $1 Million masterpiece measure up to its namesake?
2018 is shaping up to be a big year for motorheads. Porsche South Africa, for one, is launching several new models. These include the 911 GT2 RS, the Panamera Sport Turismo, the 718 GTS range, an updated 911 Carrera T and the third-generation Cayenne. But, we're not here to talk about anything other than the blistering new McLaren Senna. Have you seen it? Well... Have you? 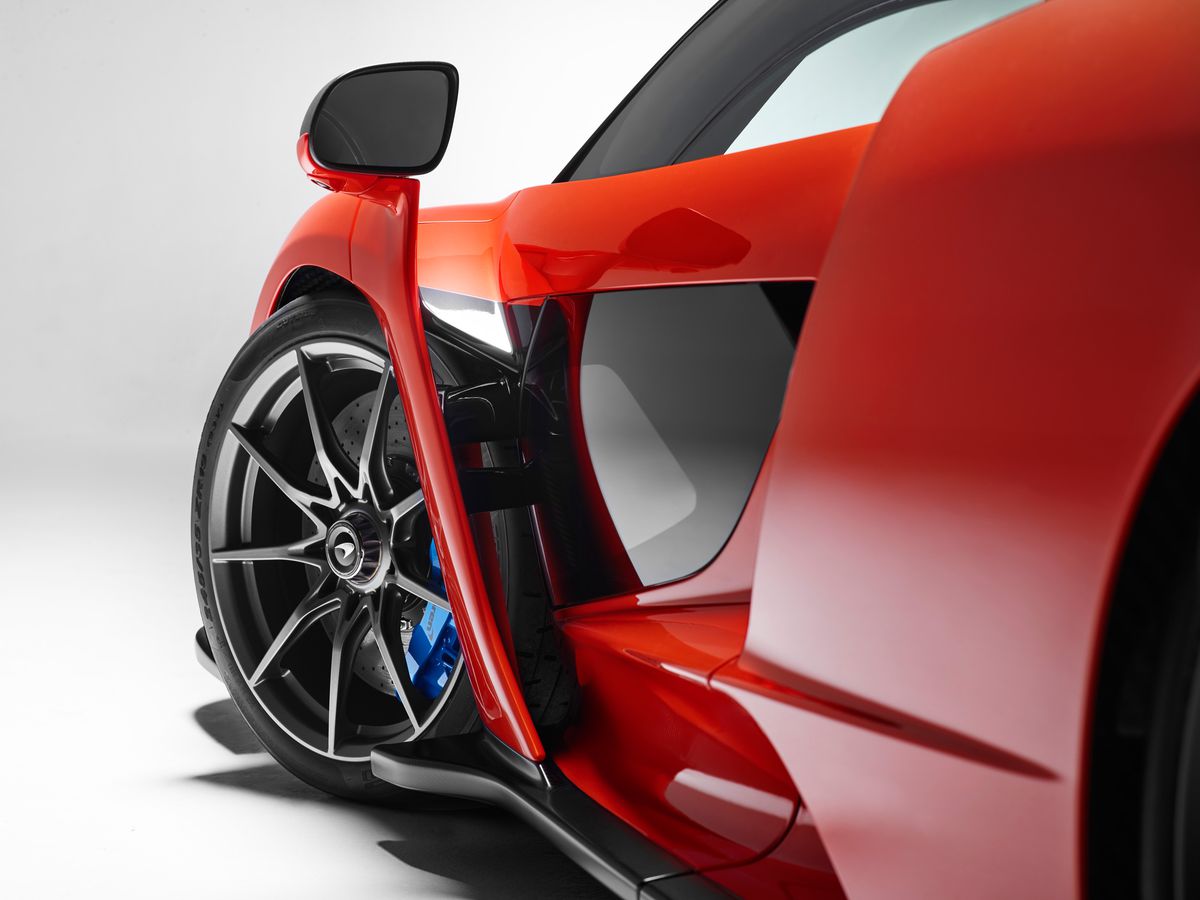 What's In The Name?

Wild. Ferocious. Powerful. Savage. Beautiful. These are the words that come to mind when gazing upon McLaren's new $1 million hyper-car. So, what makes the Senna so special? Perhaps the name itself describes it best. Honouring the legendary, three-time F1 champion, Ayrton Senna da Silva, McLaren promises to live up to the name by delivering ‘unrivalled extreme performance and dynamic excellence.’ 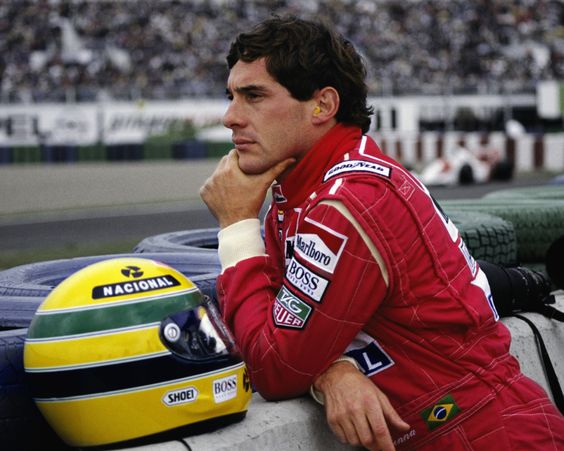 The legend’s own nephew, McLaren ambassador Bruno Senna has said;

“Our family is extremely proud of the naming of the new Ultimate Series McLaren Senna. This is the first project that really connects with Ayrton’s racing spirit and performance. The McLaren Senna honours my uncle because it is so utterly dedicated to delivering a circuit experience that allows a driver to be the best they can possibly be.”

Those are some big shoes to fill. Despite the hefty price tag, the entire 500-vehicle production run has already been purchased. So, it’s too late to buy one, then, but we can dream… 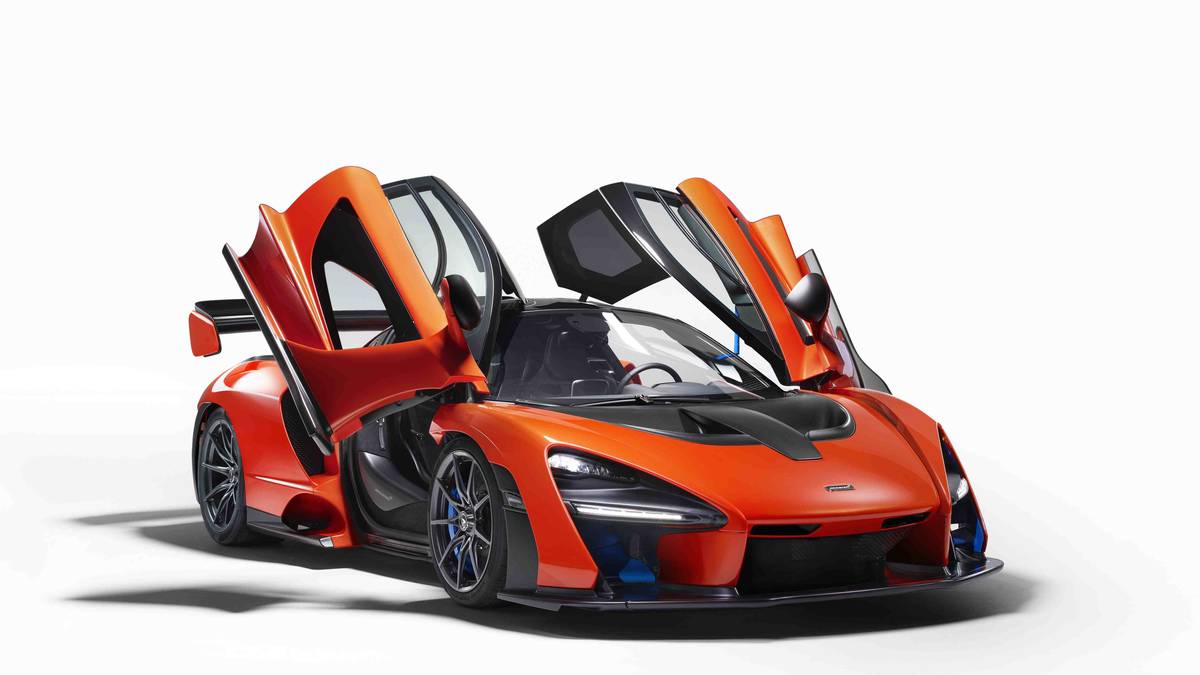 It may not look the part, but the Senna is a road-legal vehicle, also developed to be a weapon of racetrack destruction. When exactly these monsters will be unleashed upon the public is yet to be revealed, and we’ll probably only find out when the car is paraded at next year’s Geneva Motor Show. With a little luck, some stinking rich motor enthusiast will be revving the hell out of it near you. That’s as good as us mere peasants can hope for.

What You Need To Know About The McLaren Senna

The company’s previous hyper-car was the immensely powerful hybrid McLaren P1. As its successor, the Senna is neither a hybrid, nor as brawny. In fact, it’s the lightest McLaren road car ever made since the iconic F1. In place of the P1 hybrid system, McLaren has instead opted for an evolution of the bi-turbo 4.0-liter V8 engine. That’s right. It’s an internal combustion engine, in a world gone mad with electric. We’re looking at the most potent engine ever installed by McLaren in a road car. The engine, codenamed M840TR, produces 789 horsepower and a maximum torque of 800 Newton-meters (590 pound-feet). And, it’s rear-wheel drive. It also boasts dry sump lubrication, flat-plane crankshaft and a pair of ‘ultra-low inertia’ twin-scroll turbochargers. I don’t know what any of that means, but it sounds fancy. Sounds like I’d be too terrified to even look at the thing. McLaren also describes the throttle responsiveness as ‘lightning quick.’ With all this going on, and keeping in mind that the car only weighs in at around 1198 kg, you’d be forgiven for thinking that it could literally take off at any moment. With all the intricately clever aerodynamics going on throughout the car’s design, though, it’s almost guaranteed to stay glued to the ground. The front splitter and the double diffuser at the rear have been developed to optimise downforce and balance. The body, viewed from above, is in the form of nature’s most efficient shape – the teardrop. It creates these fast lanes for air to move alongside and through the car, instead of dragging it down. 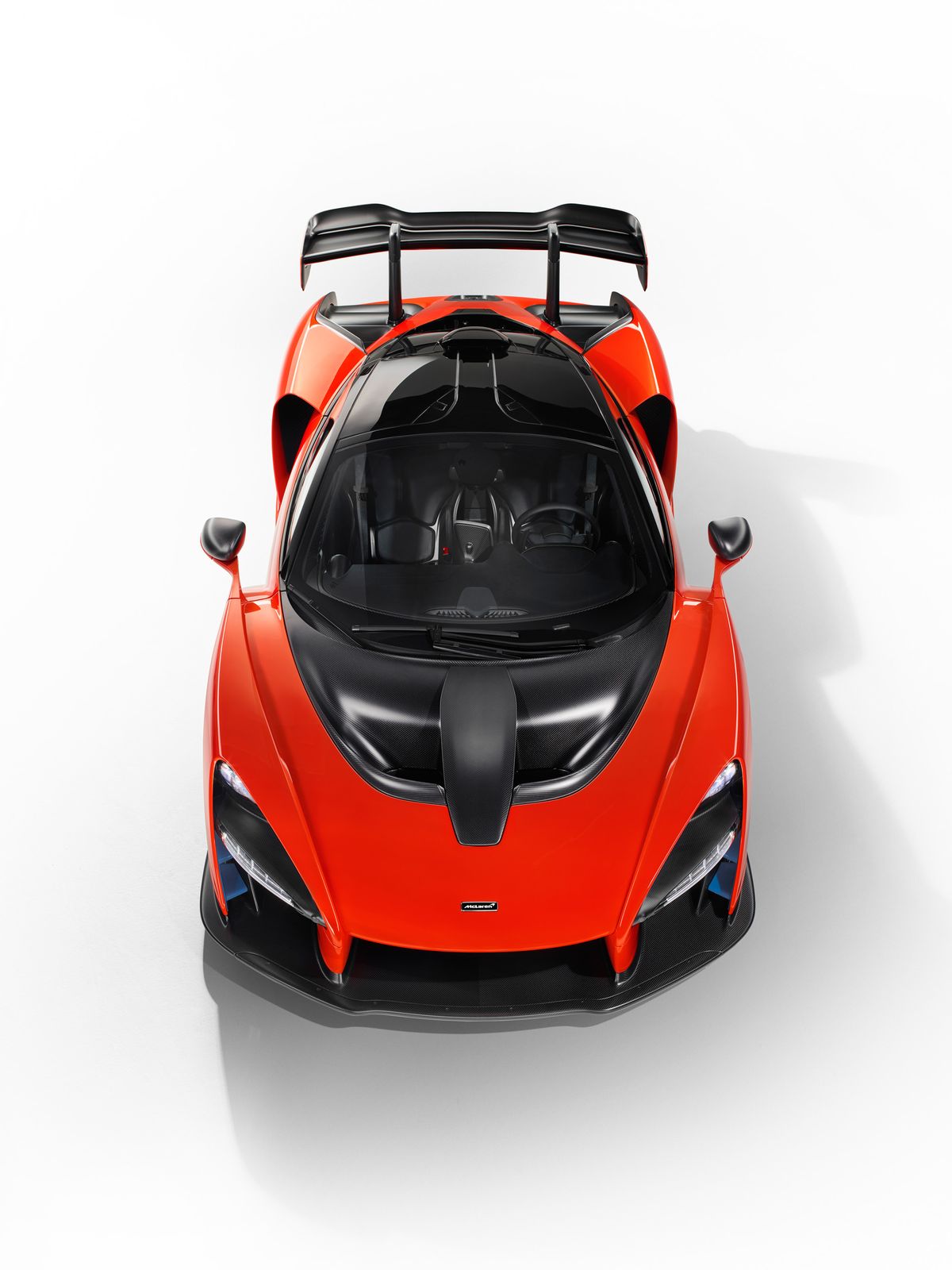 I know. It makes you want to cry… Wait…

McLaren’s own press release calls the Senna ‘extreme.’ They call the performance ‘savage.’ The aggressive appearance, they say, epitomises the ‘form-follows-function’ McLaren design philosophy. Just reading this release put extra hair on my chest. For one, I’m glad to see a car manufacturer going against current trends, albeit for ridiculously overpriced reasons. A million-dollar hyper-car, running on fuel in this day and age? It seems almost unhinged. It seems ludicrous and rebellious. Even deadly. I haven’t even gotten to the windows in the doors. 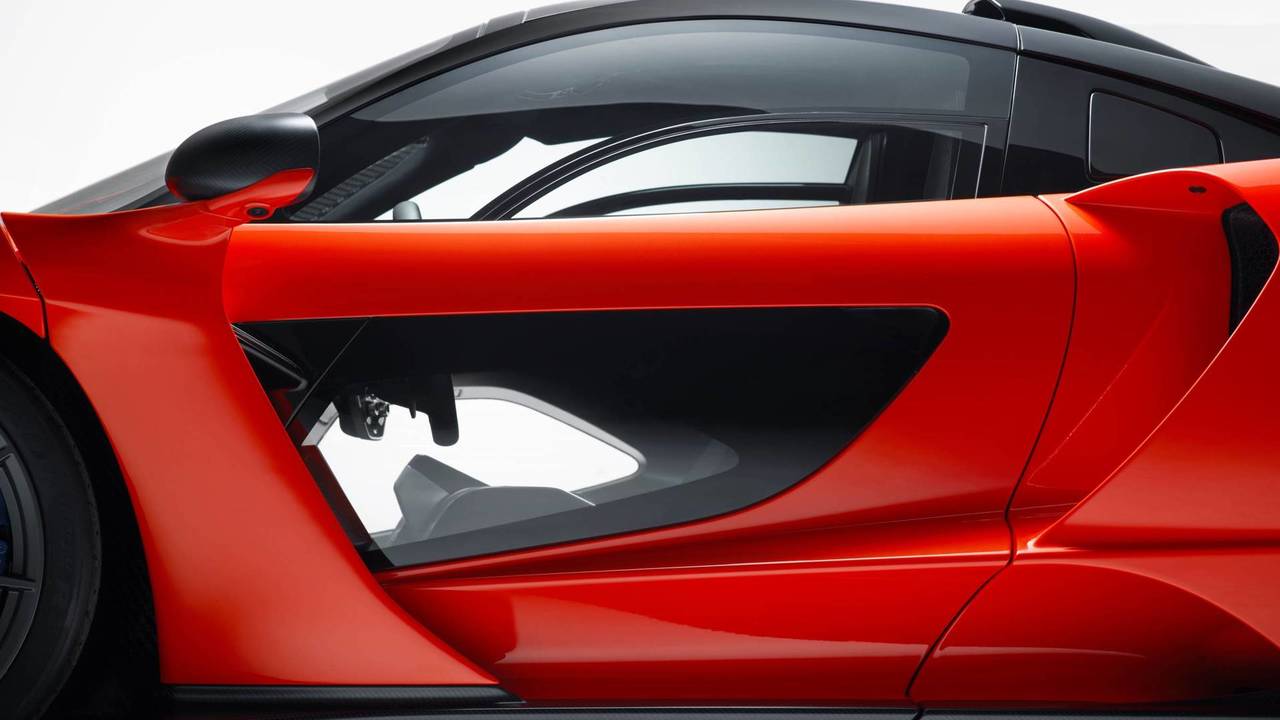 You can see all the way through. The Senna has a single-minded purpose, to be the ultimate McLaren track-concentrated road-car. And if it weren’t for that, this ‘aggressive, unforgiving machine’ would be just that. An expensive machine, bordering on extortion. Now, though, it’s so much more. I’ll close with a quote from the man himself.

“You commit yourself to such a level where there is no compromise. 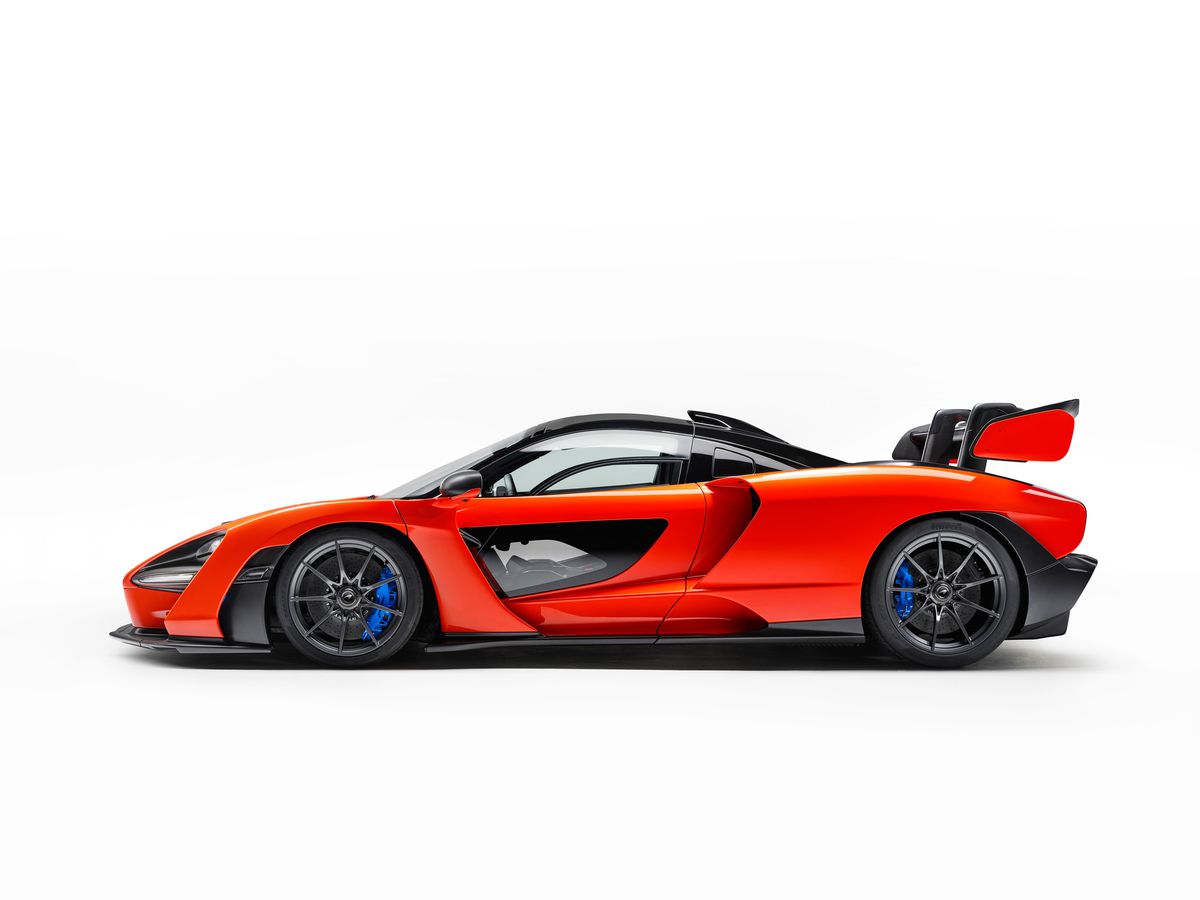