Things You Shouldn’t Leave In A Hot Car

Jason Snyman
2018-06-25
Certain things just don’t belong in a hot car. We put together a list of items to remove from your vehicle in the upcoming summer months.
Many of us seem to live out of our cars these days, and before we know it we’ve accumulated a whole collection of items we’d like to have within reach while we’re driving. The thing is; a lot of what we leave lying around in a hot car shouldn’t be there at all. In the summer heat, these could melt, turn poisonous or end up damaging the car interior. Most people have the presence of mind not to leave their ice cream, pets, children or grandparents locked up in a hot car on a blistering summer day. These are pretty obvious. 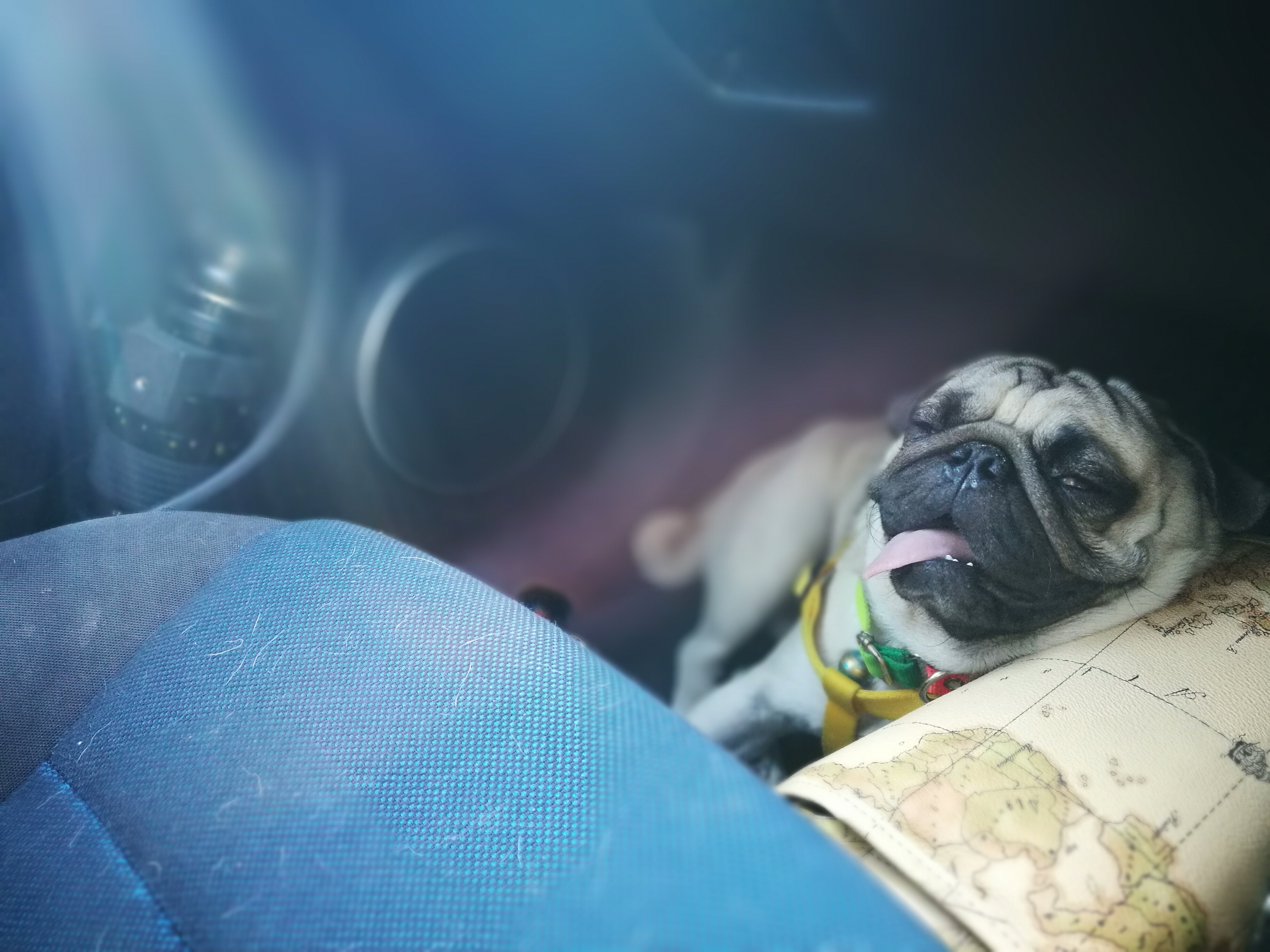 The sun can wreak havoc on a wide number of other items, though. With summer around the bend, let’s take a look at the top things you should never leave in a hot car.

This should also be pretty obvious. Motorists, especially smokers, continue to neglect these dangerous little fire starters. Leaving it laying around in the sun all day could definitely result in it exploding. 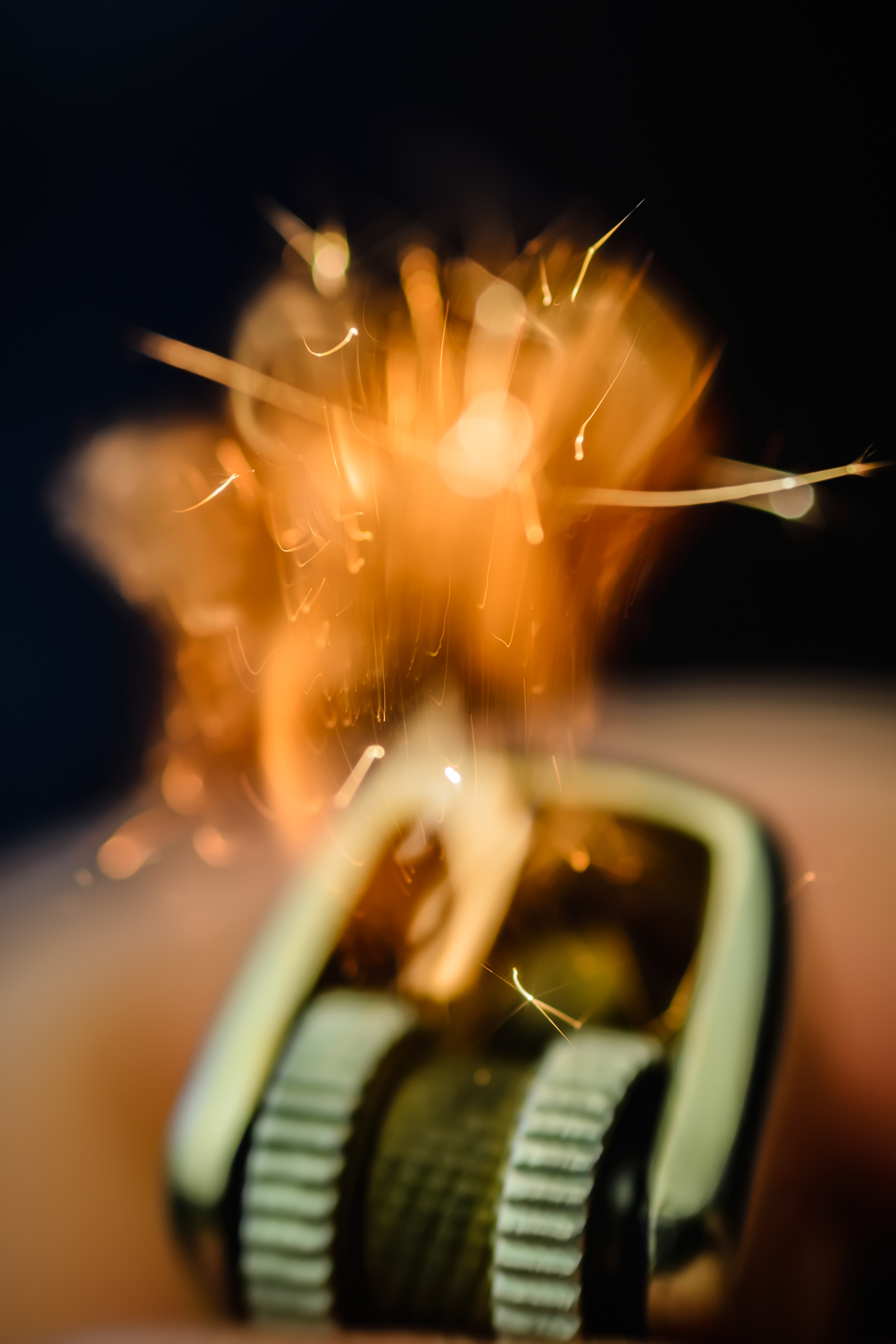 And when they explode, they could easily crack a window or set fire to your carpets and seats. You don’t need these problems in your life. Warning labels on lighters specifically ask users to never expose the item to high temperatures or flames. So, on a hot summer day, it’s better to remove them when you leave the car.

Talk about exploding. Canned drinks don’t fare too well in heat either. They roll under the seats or lay forgotten in the boot until you open the door one day to find everything sticky. Carbonated drinks – as anybody who has ever opened a drink handed to them by a childish friend will know – are compressed to keep the drink nice and bubbly. Most cans are made from aluminium – which conducts heat – and the increase in temperature on the outside could easily increase the temperature of the contents inside. As the can heats up, the molecules expand and increase the pressure, and then it’s only one speed bump away from blowing. Plastic bottles obviously don’t fare much better. One of the things giving Generation Y sleepless nights these days is the fear of plastic leeching into water. Plastics can melt in the summer heat – we’ll go a little more into that below – and so it’s been said that one should avoid drinking from a plastic bottle that has been left to bake in your car. Studies conducted by the University of Florida suggest that when plastic heats up, it releases a chemical called BPA.  BPA (Bisphenol A) has been linked to numerous health risks such as cancer or hormonal imbalances. Plus – and here is something many people don’t think of – water in a clear plastic bottle could magnify sunlight until it becomes concentrated enough to spark a flame. A solution could be to invest in a refillable stainless steel water bottle to keep your water cool and toxin free. Also, the environment and blah blah blah.

Plastic and heat aren’t the best of friends. Besides possessing the ability to poison your water, you could face a number of other problems. Have you ever forgotten your protein shake bottle in the car over the weekend? Or maybe you’re a parent, and discovered your child’s missing milk bottle beneath the seat. It smells awful. Bottles of hand sanitizer, credit or debit cards, flip flops and even CDs have also been known to bend and melt. The most common victim here is undoubtedly the poor, unfortunate sunglasses. Heat can warp the shape of the frames and the lenses until they just don’t fit as well as they used to. Bargain bin sunglasses left out on the dash could even melt entirely. It may seem like a bit of a schlep, but its way better to remove your sunglasses from the hot car – especially if they’re expensive or prescription. A nice pair of Ray Ban sunglasses don’t come cheap. Many people also leave CDs, DVDs or Blu-Rays in their car, which are mostly made from polycarbonate plastic. When left in the heat, they’ll undoubtedly warp and melt.

It’s only natural to keep a little bit of makeup on hand for touching up throughout a really hot day. Lipstick, in particular, is made up of waxes, emollients and pigments – very prone to melting in any temperature just slightly above room temp. 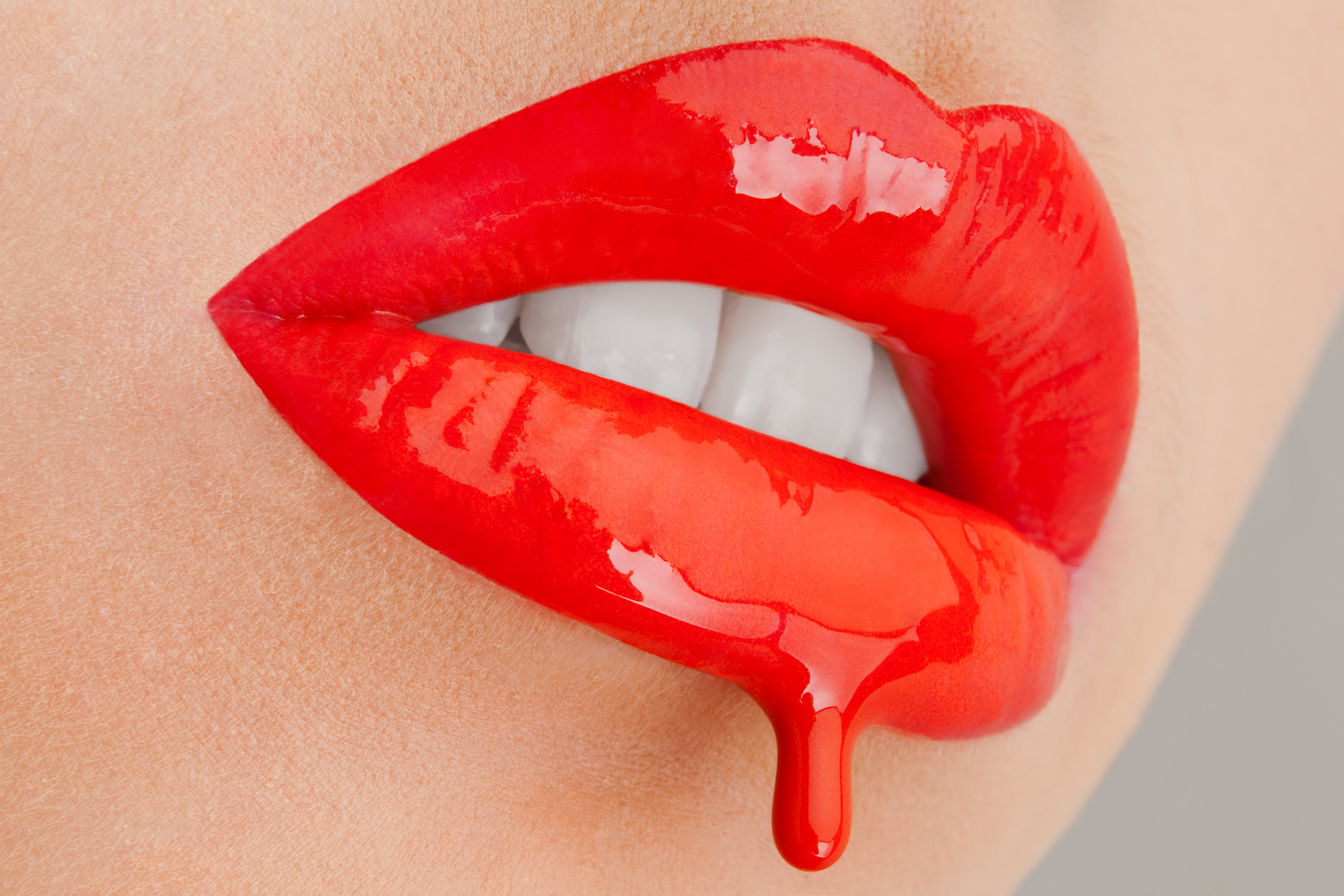 You may still find it usable after it has melted and cooled down, but it won’t be the same. The composition changes completely, it may even create a different colour. Adding to that, lipstick stains are a die-hard nuisance to get out of upholstery and carpets.

Most medications / personal care items are supposed to be stored at room temperature. Antibiotics usually need to be refrigerated. They just don’t hold up too well under humidity or high temperatures. Heating them up can reduce the medication potency or stability, which you definitely don’t want to be doing. If, worst case scenario avoided and the medication doesn’t become harmful, it may still be rendered ineffective. Yes, contraceptives are included in this, and you really don’t want that to happen. 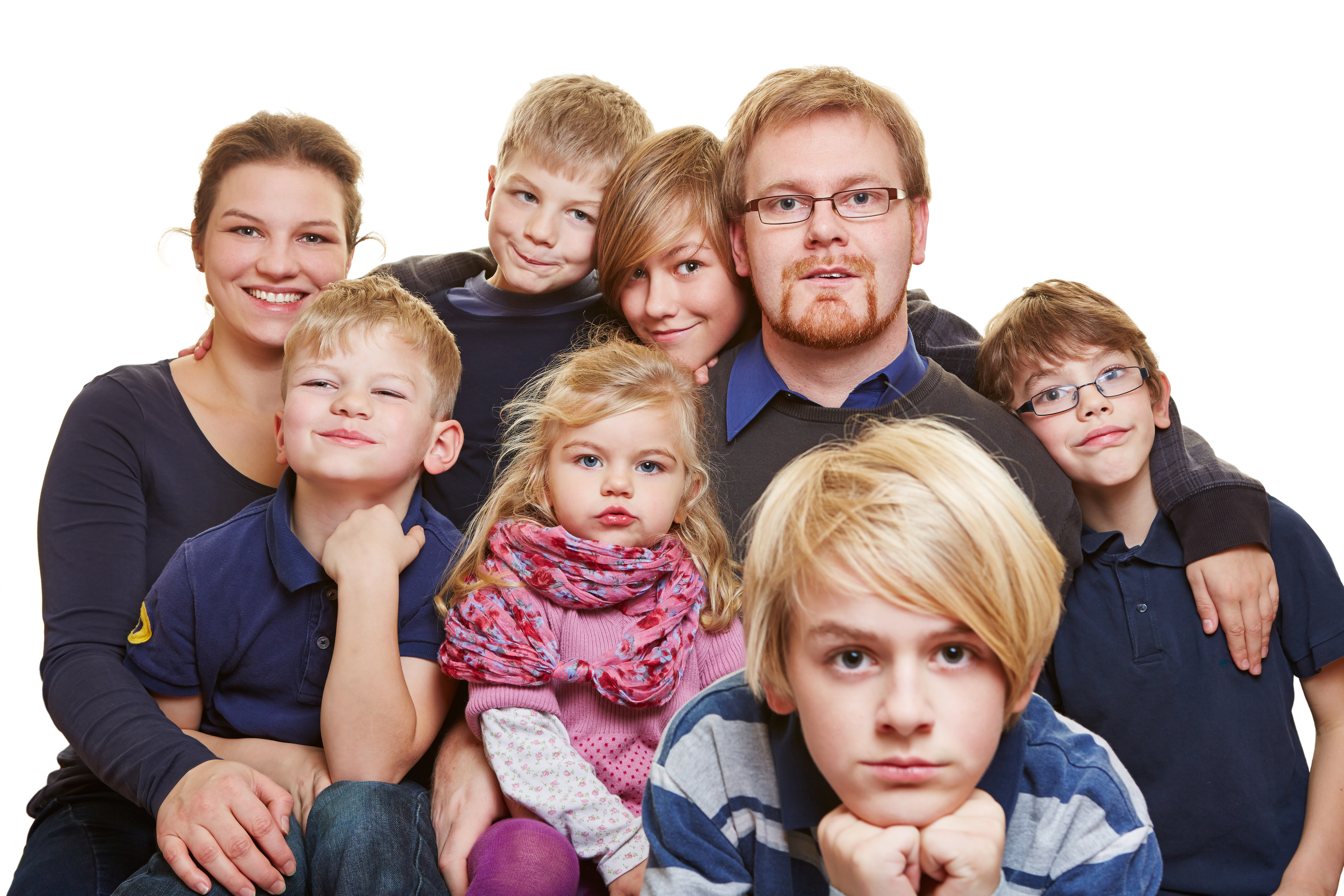 While not quite a medication, as such, another item often left behind in hot cars is sunscreen. The active ingredients in sunscreen break down in high heat. Talk about irony. Tubes of it could easily melt and burn your skin when applied. Sunscreen which comes in compressed metal cans are notably more dangerous – as these could certainly explode under heat. Just as in medication, heat can alter the composition and it may become unsafe to use. It is always wise to check the warning labels on items to be sure of ideal temperatures. Before they explode.

People often leave their MP3 players, cameras or GPS devices in the car, for the sake of convenience. Most of these can withstand a fair amount of heat – but if you’ve ever been to Paarl in the height of summer you’ll know that extreme sunlight can destroy just about anything. With cameras, your lens and memory card are at major risk of warping and melting, but the biggest risk here is the batteries. Traditional alkaline batteries such as the very common AA or AAA can rupture and leak battery acid into the electronics. This acid is also pretty harmful to your skin.

No. Don’t be that person.

Parents should know all about this one. Colouring books and crayons are a good way to keep your children occupied in the back seat, especially over long road trips. Sometimes – and by that we mean every time – crayons get left behind. Abandoned and forgotten between the seat cushions. Rolling around on the carpet and trod underfoot. And then one hot summer day you get in to find melted wax all over the place. Baked right into the upholstery. It’s a horror show. Of course, you could try the paper and iron trick to get it out – or rubbing it with ice and scraping it off – so it’s not the end of the world. But it’s still a mess you just don’t need.

More Items You Shouldn’t Leave In A Hot Car